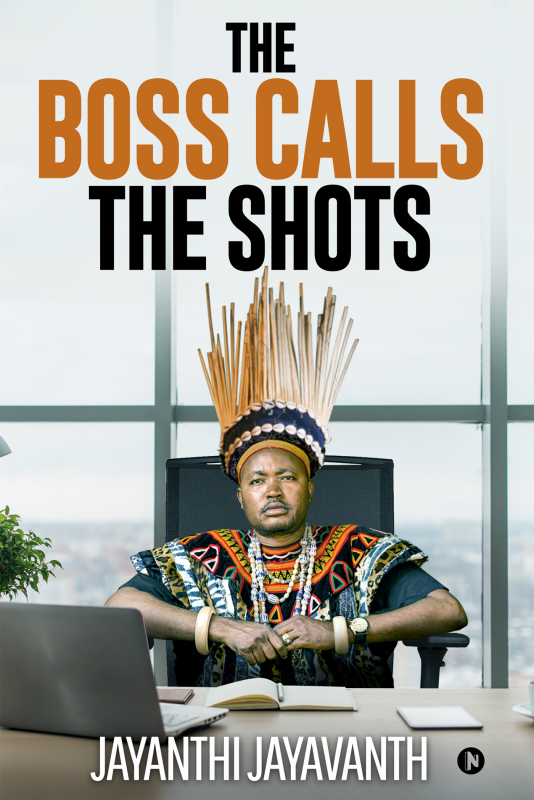 The Boss Calls The Shots

Know all about military men’s lives and their wives? No. you don’t.   Get an insider’s view, here and now.   Read these excerpts:   …reached the pinnacle of their teenage aspirations; freshly winged warriors, feted by T.V channels and the papers, lunched with the President, now back to the bottom of the pecking order - Under Trainee Operational Pilots - greenhorns.     Mona had this thing about men in blue. Could never get anywhe....

The big man was coming to play tennis. Call it a service game.

Floodlights had been installed at the South-Eastern Naval Command’s tennis complex. The walls behind the baseline were given a fresh coat of green paint. The lines marking the boundaries of the tennis court were being brightened with chuuna. Pulleys at the centre posts holding the net were tightened. The centre strap was hooked into the tiny wire loop embedded in the ground to stop the net from swaying. Crows and monkeys were shooed away from the banyan tree whose branches languidly spread around the court. The simians flashed their teeth in alarm and beat a hasty exit, as they dropped the scarlet fruit they had been feeding on.

Commander P.N. Modi was with the cook at the Officers’ Mess, making sure that the bread that he had just bought from the market was being sliced and buttered with Amul.

“We Gujaratis are so enterprising”, he said to himself, forgetting that the man behind the white revolution was a Malayalee.

“Chai ekdum garam hona chahiye”, thundered Commander Kaushik, the Mess Secretary, from the other end of the kitchen, making sure that the timid kitchen assistant Peraiah brought the milk to a boil before adding tea leaves and crushed ginger. He went on to sniff the tea, pop in two sugar cubes and taste the well brewed concoction, making sure that it would be to the V.I.P.’s liking; he preferred adrak waali kadak chai to the weak English version brewed and served in the silver service.

“Arrey Modi, chal yaar, we have to be there in an hour. Woh Bilson kah racquet mat bhulna; mera Saaimonds tut gaya hai. Muje Dhobi sey saala PT Shorts be utana hai”. The mildly overweight officers then got into a white Maruti 800 as the shock absorbers tried in vain to live up to the manufacturer’s specifications.

Modi boasted that he had played university level tennis alongside Vijay Amritraj. In reality he had never held a tennis racquet in his life. The only one he had ever touched was a ball badminton racquet ‘borrowed’ from the sailors’ institute five years earlier whilst posted to I.N.S Chilka. That racquet, gifted to his son Prakash, was very useful in swatting the cat that made an appearance every time fish curry was prepared in the Modi household.

They were taking a turn into Palm Tree Avenue, when they spotted Commodore Vijay Kumar with his lungi at half-mast and Hawaii chappals pruning his hedge.

“VK Saab, Good Evening. Arrey sir ready ho jaaiye, FOC-in-C is coming to play tennis”, yelled Modi with one hand on the steering and the other trying to tear open a gutka sachet. Kumar dropped the garden shears on his foot and ran into the house screaming for his wife to get his white T-shirt; only to find that it had turned purple as she had added a cupful of Robin Blue instead of the recommended four drops.

Back at the tennis court, the FOC-in-C’s staff officer was making sure that the V.I.P.’s chair was dusted. A maali was watering the marigold flower-bed lined with tilted bricks. A bespectacled skinny boy, in his Bata tennis shoes and white shorts, sat quietly in a corner, a second-hand tennis racquet strapped across his shoulder.

The officers, in their freshly ironed white T-shirts and shorts, began arriving in the tennis court behind the Officers’ Mess. The court’s marker, Leading Seaman Srinivas who was then cleaning the ruler-abacus scoreboard, got his heels together and pumped his chest out, acknowledging the presence of his seniors. Their ATP Rankings had to be respected.

“Air Tight Pussies”, he chuckled to himself.

As greetings and news about postings were being exchanged, more canteen sourced scooters and cars arrived. A healthy crowd of unhealthy officers soon gathered. The players took their racquets out of the covers, adjusting the strings, trying hard to ensure a reasonably uniform grid.

Four of them then started to warm-up; two commanders, one lieutenant commander and the skinny kid who had arrived earlier.

The asthmatic Commander Kaushik was sweating. He walked away to sit on the wooden bench which turned into a see saw. Commander Modi averted disaster and restored balance, parking himself at the other end of the creaking bench borrowed from the base medical centre. Modi lit a gold flake and Kaushik shook his inhaler, before holding down the canister top for a much needed breath of medicinal aerosol.

A white Maruti Gypsy turned into the complex at 04:55 P.M. A red beacon and red and white flag announced the arrival of the shortest-looking, highest-ranking officer in the fleet. The officers stood in line, bravely pulling in their tummies loaded the previous night with tandoori chicken and paneer tikkas from the Punjabi dhaba, outside the camp.

“So you’ve played golf in the US haan? I see the PGA logo on your T-shirt”, remarked Vice Admiral Jal Contractor, shaking hands with Lt. Cdr. Shiju Jacob. The 35-year-old Syrian Christian blushed in embarrassment. That branded T-shirt was a gift from a cousin, a member of the Thambi Valley Golf Course. It was in exchange for the three bottles of Old Monk rum that he had bought for the golfer from the CSD canteen. He casually mentioned the market rate; it was four times the canteen rate.

After much thought and deliberation it was decided that the skinny kid and Lieutenant Commander Pathak would take on the Admiral and Commander Banerjee. Track-suits were removed, sweatbands pulled onto wrists, shoelaces tied and re-tied and collars loosened. The four players then made their way to the court.

“I hope you know how to hold a racquet properly during serve?” Pathak asked the 13-year-old. “Just follow my instructions and you will be okay”. The boy just stared ahead as the two went up to the net for the toss. The Sports Officer Cdr. P.N. Modi, to the astonishment of the rest, had turned up in a suit and a tie. He was after all the umpire. The toss was called.

“Tails”, called the Admiral as the one-rupee coin went up in the air.

“Excellent call, Sir. You have hit your winner even before the match”, Modi said smiling sycophantically. Ignoring the lucky-mickey quip, Vice Admiral Jal Contractor proceeded to the left-hand side of the clay court. He picked up a handful of dust and threw it into the air.

“There is no fucking breeze”, he said to himself.

“Sir Ji is a genius. A true aviator, checking for the direction of the wind to add more speed to his serve. Good pilots are after all good sportsmen”, gushed a few in admiration, and also jealous that they hadn’t got a chance to play with the boss. They would play their matches after the boss finished his match. There would be a silent tussle to play immediately after to impress him as he was unlikely to stay on and watch all the matches.

“We’ll receive first, on the left court. Come on Chatterjee, let’s start the game”, Jal Contractor said to his partner. Banerjee, confused at being called Chatterjee, hurried onto his side of the court, pulling up his shorts and making his arthritic knees obey his superior officer’s orders.

The Boss Calls The Shots