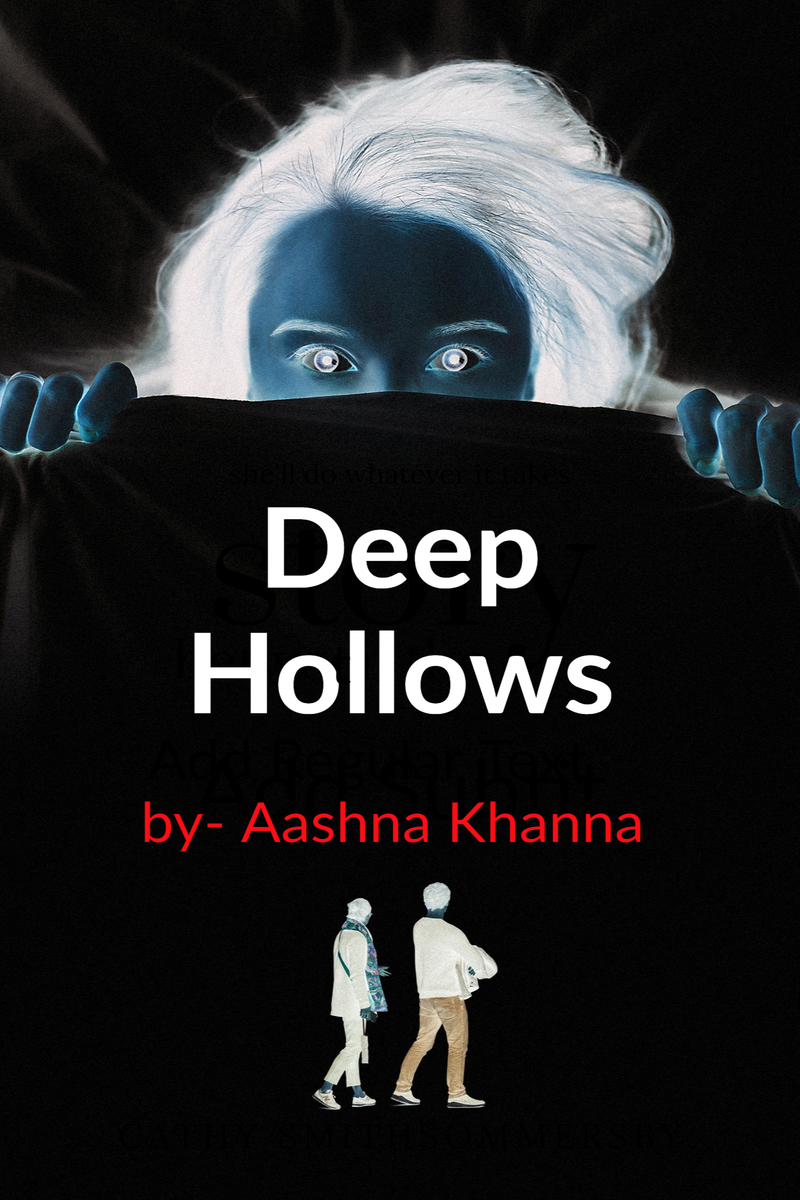 This book contains horror stories with touching morals. It will inspire young minds to be themselves and will give them ideas to write their own books. I expressed the fears I had into stories and... became an author.  Not only this, these stories will give children pleasure to read. They will make anyone who is not bibliophile, totally bibliophile. These stories can make you want to curl up in a ball under a blanket! Imagine a ten yea....

Murder at The Coffeehouse

Mrs Joseph had exhausted herself from work again. She had been telecommuting because she
wrongly thought that it would be more relaxing and she, an old lady, wouldn’t have to tire herself by
walking to the office 4 blocks away.

Well, as you can predict, she was mistaken. She spent hours sitting like an egg in front of the screen and i better not talk about her thick glasses‘ lenses. What was a better place to relax than the main Coffeehouse during stressful times? None.

She went to the Coffeehouse and took a seat. She smelt the lovely aroma of warm chocolate cakes fresh from the oven and inhaled the fragrance of dark roast coffee. Then she sank back low in the brown fluffy and cushioned chair. This was heaven for her and she felt so tranquil. She opened her laptop and started working. She had finished her interior designing work in five hours and had consumed three mochas in the process.

This is why later on when the barista was going to close the Coffeehouse, she went to use the bathroom. She was taking her time in there so the baristas who stayed back had checked every corner of the shop and informed the head that it was time to close. The shop closed down and it was to open at 8 in the morning for the joggers.

After the shop was closed, Mrs Joseph came out and was panic - stricken. She lived alone and had no family relatives that she knew of. She was so frightened that she didn’t even try calling out me anyone who could still have been at the closed shop. She went to the small bathroom because she felt safe there due to the tight space.

After an hour there, she heard soft noises outside the bathroom. Mrs Joseph was very surprised but she stayed in and listened. She peeped out of the bathroom by the little peephole and saw a person who worked at the Coffeehouse talking to a man dressed in black.

That creepy man had a short and close-cropped moustache, he had black goggles on with a glowing green light. That could’ve been an inbuilt recorder. She stooped low and stood as still as a church mouse while holding her breath. She couldn’t believe what she heard.

The man in black said, ’‘ This has to stay a secret. No one should know about the murder taking place here at 8:30 AM. Complete discretion.’‘

Mrs Joseph took out her phone and started recording now.

The barista said, ’‘ What if someone gets to know? Will we be arrested or will the police kill us?’‘

He swept his finger accross his throat. The unsure barista understood and stopped arguing.

After the two men went out of the shop by picking the lock, Mrs Joseph came out and looked satisfyingly at the recording with the two faces of the men. She could not wait till the next day when the shop owners opened the shop because the murder would be taking place at 8:30 AM at the Coffeehouse opened at 8:00.