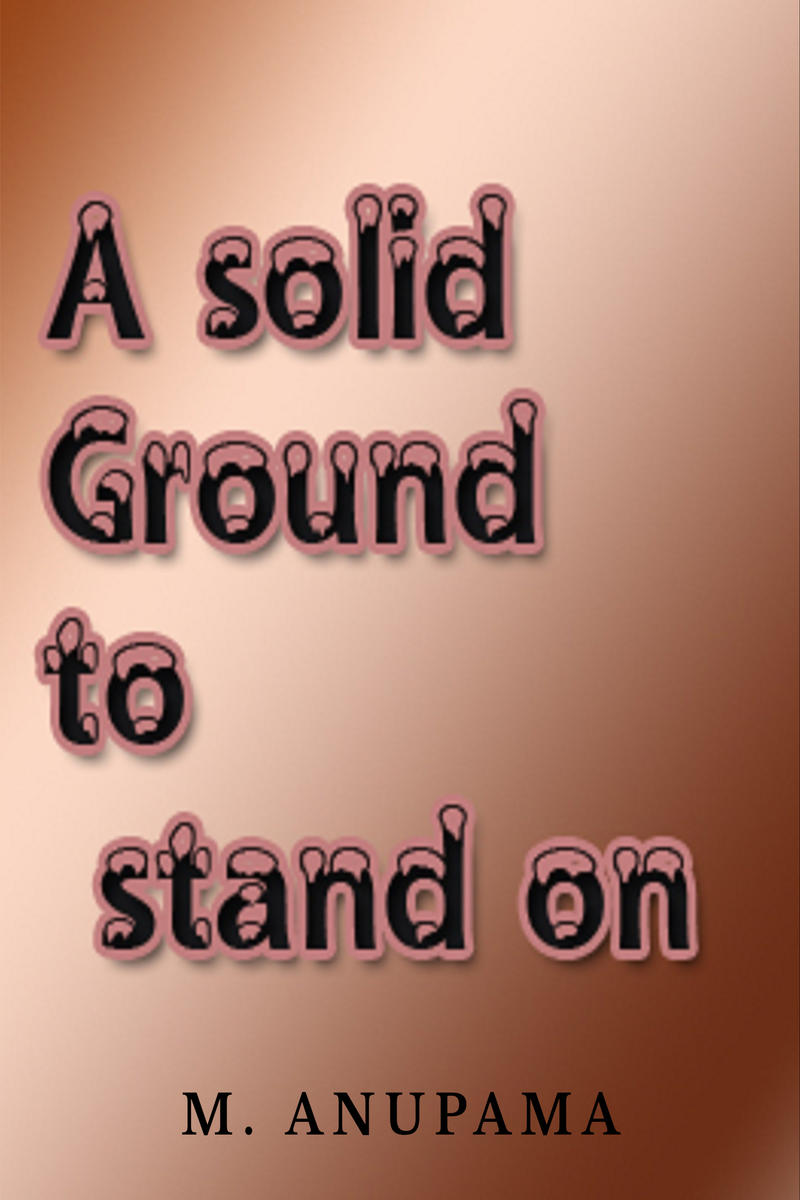 A Solid Ground To Stand On

SHORT STORY it is a short story written by M.Anupama.  which describe the life events and real experiences

A SOLID GROUND TO STAND ON

The water looked profound and welcoming, mirroring the blue of February’s unmistakable sky. The vessel was ended a couple of meters from the picturesque Grand Island. It was very far into the ocean, the Marmagoa harbor was not obvious any longer. Nearly everybody on the vessel was noticeably energized, in light of the fact that swimming in the ocean was not something you did consistently. The individuals who needed to get in the water were going, individually, to the edge of the vessel where a few stages (rather, bars) were fitted for individuals to move down in the water. A few people, however, were somewhat uncertain.

"I can’t swim. Are you certain it’s sheltered?" Niharika heard a moderately aged man say to the boatman who was

directing the individuals on the pontoon who were going for swimming "It’s completely protected, Sir, the existence coats will keep you gliding." The lifeguard disclosed to him quietly. He was likely used to these inquiries as a large portion of the individuals wandering for this island trip

The lifeguard balanced the individual’s coat a bit, and he pushed forward, his place taken by a young lady now. "Anxious?" Ashish asked Niharika.

I am not anxious, only somewhat worried" She disclosed to her new spouse. "I have never been in water

"I was never intrigued to swim, and furthermore I was inclined to contracting bug when I was nearly nothing, that is most likely why my folks never demanded that I go in water."

"You are going to cherish it." Ashish guaranteed her, "trust me, it will be a stunning encounter. "You have no clue about how energized I am, "Ashish radiated, "I have consistently envisioned to swim in the ocean, and here it is. I can strike that coincidental from my container list now."

A Solid Ground To Stand On

A solid ground to stand on

A solid ground to stand on