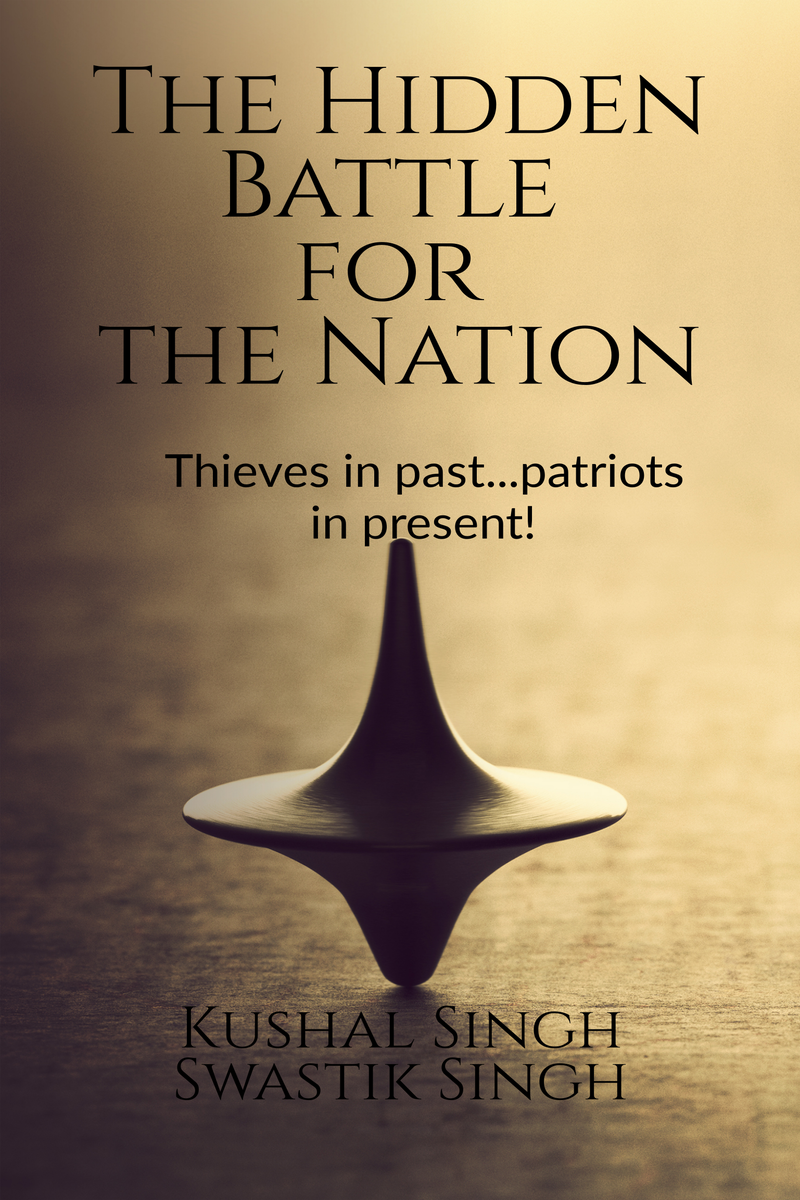 The Hidden Battle For The Nation

Thieves in past..patriots in present. The story is set in the country of Sweden and Russia when the relation between the countries were on extreme bitterness. Read how two thieves Kevin and Ross come up for their country when everyone was terrified for the suspicious and extremely dangerous work i.e. of being a spy in order to save their country. Full of action packed animated images to take you to the background. A lot of genre supporting book e....

From the beginning to the end.

Ross- I have told you many times not to distract me while counting.

Kevin- How much share are we going to give to the poor?

Ross- We’ll keep enough money so that our meal for the week can be arranged easily. And this time no beer.

Kevin- What the hell Ross!

Ross- No Kevin. According to my calculations, we’ll be keeping 27% of the money stolen.

Ross- Pick up the phone Kevin.

James- I am coming tomorrow night 2 AM. Keep something to eat.

Kevin- Sure. But we won’t be sacrificing our lovely dreams for you. So, for a moment forget that you are an officer, and enter the house like a thief, and without making much noise have your food.

James- I always enter like a thief Mr. Sleepy. It’s nothing new for me. Just leave some food for me, and not those over baked cocoa chips, please!

Kevin- Fine. You completed your mission?

Kevin- Bye and make sure that our night doesn’t get disturbed because of you. Otherwise I assure you that your task force agency will be brutally robbed by us.

Kevin- Coming, don’t you dare start without me, you hungry dog.

(at the dining table)

Ross- (while eating) Can we go distribute the money tomorrow?
Kevin- No, they must be hungry.

(Kevin and Ross giving food and money to the poor.)

Poor – God bless you child. May your every wish get fulfilled.

Poor – You both do a lot for us without any greed. Thank you.

Kevin – No. it’s what make us richer.

Ross - Let’s go Kevin. Bye everyone, we will come next week.

Steve – (Shockingly and angrily). My goodness!

Police- Sir, it is clear that the intention was to steal money only. Do not harm anyone.

Steve – I don’t give a shit! I just want them in the locker. I mean it’s nearly impossible to get in my house. So much security and locks, how is it possible?

Police- Do you suspect someone?

Steve- No. It’s the work of some highly experienced and professional thieves.

Steve - I am Steve Edison, Secretary of external affairs and defense department. Has James Clarke returned to Sweden?

Steve – I don’t care. As soon as he reaches, ask him to meet me at my house. Is that clear?

(James stepping off the plane)

James – (On phone) Yes. This is James Clarke speaking.

Agency officer – Sir, Mr. Steve Edison has ordered you to meet him before you get home.

James – What! I mean I have just landed.

James - Fine (in a disappointing way).

(At the house of Ross and Kevin)

James – Good morning. May I have a cup of tea?

Kevin – Wash the cup and have it.

James – I am fine without the tea. Hey, what are you eating?

James – Give me some.

Kevin – Come and peel it and have it.

James – I am not hungry. thank you. So where did you go yesterday to steal?

Ross – A house of a corrupt government official.

Kevin – You know what, so much security there. For once I thought your team would catch us with proof.

James – Don’t worry I am back. I will catch you next time with proof.

Kevin – James, I think you have been dreaming this for a year or more.

Ross – (laughs). Whoever does bad for good are accompanied by God. You can’t catch us.

The Hidden Battle For The Nation

The Hidden Battle for the Nation

The Hidden Battle for the Nation