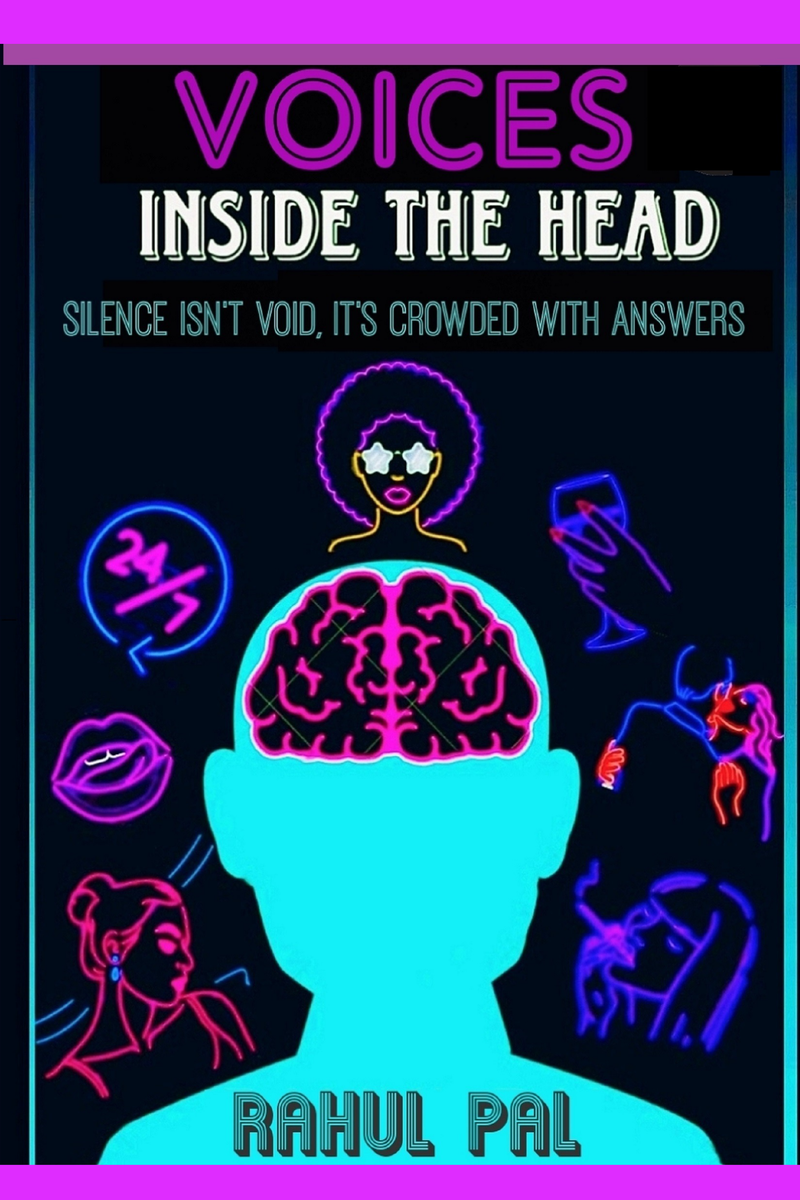 Voices Inside Your Head

Everybody has their taste in noises as well as other matters; and sounds are quite innoxious , or most distressing, by their sort rather than their quantity. There's a noisy world out there, but it's not that bothering as much as the voices inside your head, the voices of inner consciousness, that makes a person restless for the answers that are buried deep within us . Those voices take control of your life and guide your path. If you aren't ta....

IS PERFECTION A MYTH ?

It makes you feel inadequate……”

Everyone out there in this busy world full of chaos wants to achieve “ perfection” , but does something like that even exist …..

And what even happens, if someone attains the unattainable.

Every morning Ishaan gets up at exactly 5:00 AM,

he read somewhere that the more you hit the snooze button on your alarm , the more it can negatively affect your sleep and can make you groggier through out the day ,

so he trained himself to never hit the snooze button again, and promptly turns off upon its first ring .

He uses a proper alarm clock instead of his phone , keeping his phone in the other room ,

so to prevent himself from using it when he first wakes up as well as just before going to bed , because he read the smart phone usage during these times can have a negative impact on mental health and sleep quality , upon waking up , for no more than a few moments…..

Ishaan stretches and relives any tightened muscle and joints ,

from the previous night sleep , which are almost always pretty minimal due to the fact that he has perfected his sleep through a sleep

After getting out of bed, Ishaan brushes off his teeth , counting to the World dental federation’s recommended, 120 seconds inside his head .

He can almost determine 120 seconds without even needing to count , but he does so anyway just to be sure.

Then he changes into his workout clothes ,

and regardless of the weather goes out for his morning run ,

reminding himself that even if it’s pouring , his body never takes a day off , so never should he .

Following the run , Ishaan does a specific researched combination of muscles exercise , dependent on the day of the week , after exercising he meditates for fifteen minutes, balancing and observing his breath and mind , exactly how a variety of guided mediations taught him , which he has , by now combined into one super effective single practice .

After his meditation, Ishaan proceeds for shower, using all natural organic soaps and shampoo he extensively researched for quality control.

Ishaan regularly stays up to date on various data and research regarding heath habits, products and practices , adapting his routine to every new insight ,

so long as he adequately analyzed the information and confirmed that it is in fact accepted by the majority portion of the particular field it’s coming from .

Before promptly leaving his home at 7:45 AM ,

he eats one of his seven different breakfast meals that he has curated from leading dietitians he found online .

Each meal is quite similar to retain equal nutritional balance ,

at the same time different enough to ensure that he doesn’t get sick from any of them .

Afterall Ishaan knows that variety is the spice of life …..

Ishaan applies the same strategy to lunch, dinner, snacks throughout the day , the majority of which , he meal preps every sunday .

Everyday on his way to work , Ishaan stops on a local homeless shelter to help prepare , cook, and serve breakfast for the homeless residents.

He frequently recommends, new recipes and general idea to the head chef , as well as the executive director of the shelter .

They thank him but have never taken any of his recommendation .

Ishaan has made it clear that he is aware of this ,

but he understand that it is their facility, and does not mean to impose himself

on their expertise and is still very happy and grateful for the opportunity of volunteer .

The chef goes to great lengths to avoid Ishaan , when he is there .

Following his work at the shelter , Ishaan continues into downtown , he parks his car at the parking structure several blocks away from the office , where he works .

There are parking areas surrounding the office,

but they are small and don’t fit everyone and so…..,

even though he is almost always early, he never takes a spot ,

so that one less other person has to walk . while he walks several blocks from the structure to the office .

Ishaan waves and says iterations of joyful greetings to every person he passes within his sightline ,

enunciating his words with such volume and clarity to ensure that no one misses a single syllable .

He leads and follows with a big sincere smile that puts every returned half clenched lip smile to shame.

When Ishaan enters the office he continues his joyful greetings .

Believing that a positive attitude and always focusing on the good is the very best way to live , regardless of the day, time and his mood , Ishaan goes around his section of his office , sincerely indulging into conversations , and commenting on whatever possible .

Somehow always having a quote of motivation at the ready , that seems to fit every scenario .

Some large percentage of co workers hastily closes their office doors , if they have one , as soon as they hear him coming .

Once at his desk after all e mails have promptly and sufficiently been dealt with ,

Ishaan proceeds to check his calendar and daily planner .

He uses four different scheduling app that he discovered through extensive research regarding resources that help with better work habits and daily planning .

Through out the day he stays unbelievably focused and organized based on a very specific weighing system of prioritization , that he learned from one of the many podcasts, articles, and books ,

he referred to on a subject .

His productivity level is unfathomably high and he frequently ,

but appropriately keeps higher management aware of where he is at in his work ,

checking that he is till in the right direction ,

providing and filling up with new ideas as often as he can.

His bosses soften try to avoid him in the hallways….

Ishaan makes a great salary and is in a a very high ,

important position at the company .

However , without letting anyone take advantage of him, to help those around him look better , rarely taking in credit ,

He believes that his work is enough of a reward in it for itself . In fact he even differed two of his most recent promotions to other employees ,

who genuinely thought were more deserving and don’t get enough recognition .

Whenever Ishaan talks with co worker and family , aquaintances or strangers , he listens with gre t attentiveness .

Using a variety of a mirroring , conversation techniques he would have ,

learned about to ensure that he properly communicates with his genuine sincerity and intrigue towards other people .

If he finds himself in a conversation in which he thinks that he can help someone , he always suggests and/ or refers them to some multifaceted , in depth , thoughtfully specific combination of personal practices and available resources , on the topic might help.

Ishaan always clarifies that it’s totally up to them and they should do whatever they feel like , affirming that he does not mean to impose or pressure them .

This is almost always interpreted as passive aggressiveness or internalized , subversive pressure .

Nearly every week , Ishaan invites his co workers to outings over the weekend picnic,

Ishaan works very hard but knows life is very short and is only as valuable as it is fun,

which he is sure to always tell his coworkers , when they inform him they are unfortunately busy that weekend .

Out of every weekend Ishaan asked , only 8 people have ever accepted four of which have never made it past their first time .

During his free times, Ishaan often goes for retreats ,

volunteer trips and to events and seminars , that either help communities and causes or help him become a better and overall more informed person .

Voices Inside Your Head

Voices inside your head

Voices inside your head