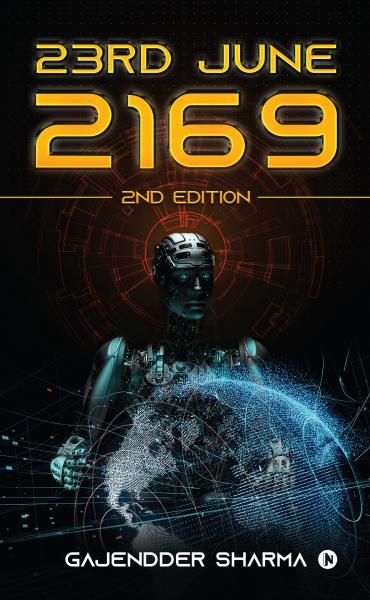 “Ambitious description of how the world (and space) should look like 150 years from now, with an entertaining science fiction drama. Looking forward to new episodes being published in near future!”

“Gajendder Sharma`s endeavour at writing a science fiction novel is commendable and tells us a lot of his imaginative prowess."

“Science fiction written in simple language makes it an enjoyable read. A great creation by the new age author.”

The book is science fiction that introduces how society will look like in the years, 2130-69, from the point of view of humans, robots and holo-humans who are being part of the same eco-system. The main character, Ztocmi, a leading scientist on Earth, has a mission to create an artificial Earth-like planet called the Earth Resort in the book. Ztocmi, along with 3000 scientists from Earth, Mars and Moon, likes to put the artificial earth into an orbit between Earth and Mars.

The whole mission has taken 20 years, and during this time, Ztocmi and Zoi have faced some serious issues and solves them with other scientists. Finally, June 2169 arrived when the Earth Resort has to be placed in an orbit. Will Ztocmi, Zoi and other scientists be able to succeed in this mission?

Gajendder Sharma, an Indian by birth, lived in India until he turned 24. He has lived in 5 countries and traveled to 20+ countries around the world. In his free time, he likes to read, write and compose songs.

Gajendder is a mechanical engineer from Delhi College of Engineering, batch 1997, and has completed his MBA from HEC Paris in 2008, during which he was also a part of NYU Stern Business School as an exchange student.