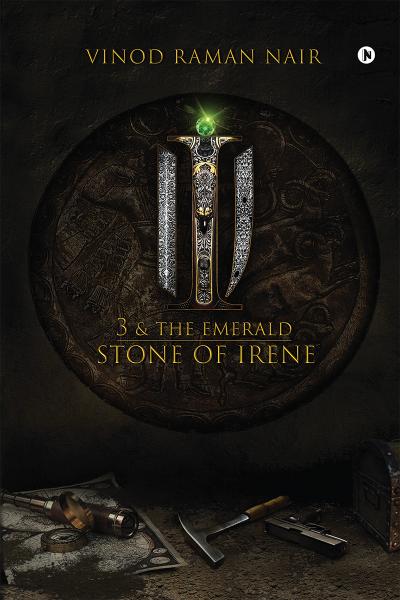 3 & The Emerald Stone of Irene

A legend for many, a bedtime story for a child; but the Occult Stone that Empress Irene gifted Harun-al-Rashid during his conquest of Byzantium in 782 AD, the stone with the light of fortune, referred in history as Noor-e-Abbasid, lies deep-buried at an ancient, unearthed desert city Al-Rafika.

With every common man pushing Al-Rafika as one of the stories from the Scheherazade’s Arabian Nights, the legend reaches a flashpoint, when 3 high profile assassinations sweep the world. The only common link between the killings was a glittering golden arrow found near them. The Order of the Nine Angels, a dangerous neo-Nazi Satanic Organization, has set itself in the quest of the stone, to accomplish its greatest dream – The New World Order.

As the dark horses of terror start riding across the world, an adventurer, a historian and a spy come together to unearth a deadly macabre of events. Battling the Berbers of Tunisia, to the cryptic and perilous Caucasus Mountains, through the necropolis of Turkey, to the mystics of the Tigra, and then finally to Al-Rafika, the ‘3’ follow the deadly trait unraveling the marvels of the glorious Islamic Caliphate, to stop the dark lord, Nergal, and his mission of a GLOBAL RAGNAROK. 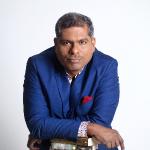 Vinod Raman Nair is a filmmaker, a researcher, a writer, a producer and a thinker, having had his exchanges with talents across the globe. Documentaries having triggered his fascination with world history, he is perhaps one of the first Indians to have shot across the war-torn Gaza Strip. A prolific writer having ventured into 6 languages in the film arena, he is an avid traveler. A student of history, that he is, he has traveled across 16 countries, exploring the best vantage point to an event that potentially created a ripple effect all across the planet.

Venturing into his first book, as an author, he tries to approach history from a different perspective. He argues that history is not about timelines or personalities, but events that have stood tests of times. In this book, he explores the mystics of the Golden Age of the Islamic Caliphate, in his favorite entertaining style. For he believes history should not be told in a boring way.