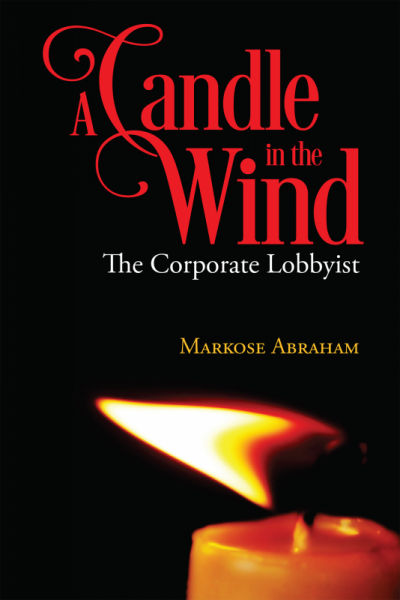 A Candle in the Wind

A CANDLE IN THE WIND focuses on the prominence of the new women working for the Corporate India of 2013. Breaking traditions they have learnt the ropes of pushing through tenders/contracts in a nation cursed for its political corruption and bureaucratic red-tape. Contrary to stereotypes, some who have even surprised the West’s perception of women in business, have stormed the male bastion in reading minds with sharp acumen and winning over covert deals for their customers with alacrity and temerity, quite often, at risk to themselves and their family.

The 40-year old corporate lobbyist, US/UK educated, wife to a cardiologist and mother of two teen-aged children, based in New Delhi, JSK as she is popularly known, an adept at multi-tasking, balances her official work with that of her family obligations, amidst the venal business climate of a country turning the corner to become a world leader.

JSK is seen to be always on the move from East to West, in the corridors of power, putting her feminine wiles to best use. Her life has been like the candle in the open space flickering bright to provide light to many, while always at peril to the fluctuating moods of the wind.

MARKOSE ABRAHAM is an Academic and an Author. After spending four decades as an English Faculty and an Academic Administrator he turned to writing. His first book ‘American Immigration Aesthetics’ (2011) was the result of research work done in the area of immigration. KIRKUS REVIEWS had lauded the writing ‘as most valuable as a motivation for readers to explore…the contribution of immigrants to American culture and the varying processes of assimilation….’ The author has travelled widely. He is married and has two sons and a daughter. He lives with his family in Pondicherry, India.