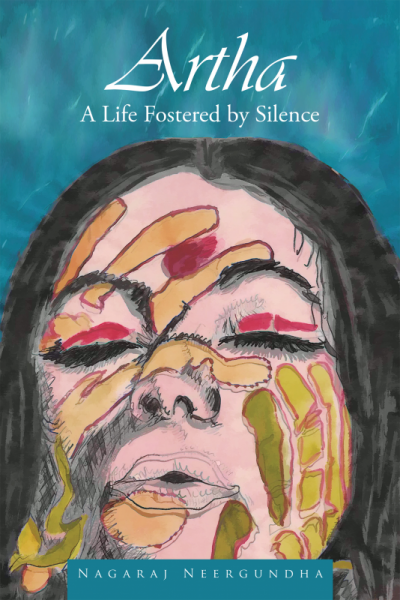 Artha ​A life Fostered by Silence

Life is a chain of illusions. The path of human existence is to move from one illusion to another, or with several illusions through the time of one's life. To the man caught in the business of day to day existence, the change following a disillusionment and the decision he makes brings the satisfaction of a return to reality. Another disillusionment is needed for him to realize that it was also an illusion that hung above his head like the hood of a serpent. It can happen any moment! Hemavathi, Rajanna and Achary are characters walking that razor edge. Dixit, who becomes an escapist satisfied under the illusion of a victory over nature's pains by means of his scholarship; Puranik, who has suffered long in his worldly struggles, but is delighted to forget all his pain at learning the truth told by Pathajji and dies peacefully in a state of illusion; Hemavathi who grows up as an innocent creature living a secluded, protected existence full of her own life and her own song; Shastri, who acts through life as an adventurist, with his evil wit casting a spell over men and women for his own ends, but ends up in a lunatic asylum; Achary, who imagines himself as a social underdog, ever suspicious of the character and integrity of Hemavathi whom he has married by sheer luck, even as he is overawed by her heavenly beauty; Rajanna, drifting from a world full of Hema towards that of Pratima, remains basically theoretical to the end like his mentor Dixit; and the Doctor and his wife who live in the belief that good words and good behaviour make us good in life—are all on their life's journeys under the shadow of illusions.

Dr.Nagaraj Neergundha hails from the Neergundha family and historical village of the same name, known for its history in the Chitradurga district of Karnataka. His father N. Hiriyannaiah, who was a medical practciner by profession, was also popular as a retired doctor. Mother, Smt. Rukminamma, 92 years of age, has a large number of relations and friends. With Master’s degrees in Geology and in Kannada literature and a Post-graduate Diploma in Translation, F.M.S, F.G.S behind him, Dr. Neergundha has been a unique kind of writer in Kannada, engaged in an insightful negotiation between science and literature. Author of Artha (novel), Bengali Kathegalu (translation), Subhas Chandra Bose (award-winning work), Bhoovijnana Pravesha (Bengaluru University), Parvatagalu (Children’s literature—Kannada Sahitya Parishat), Kavalu (edited) and Journal Tavaru (Printer and Deputy Editor—USA -1980), Dr Neergundha has been also part of the movement for new wave plays, theatre and film-societies in Tiptur rural Karnataka. In his early days of service he was a Geologist and Geology Lecturer. He has been with several associations dedicated to the cause of Kannada and Karnataka; has been member and office bearer of Federation of University and College Teachers Associations in Karnataka, and Member, General Council, All India Federation of University and College Teachers. He visited England, Czechoslovakia and other European countries in 1987as member of a delegation representing the All India Federation. He was General Secretary, Bangalore University College Teachers Association in 1990. Endowed with organizing skills and creativity, Dr. Nagaraj Neergundha served as Professor of Kannada in Kalpataru College Tiptur and In Vijaya College, Bangalore (He also taught Geology for some time in Kalpataru College Tiptur). For some time secretary and Treasurer of Abhivyakti Svaatantrya Vedike, he was General Secretary of Karnataka Sahitya Parishat, Bangalore, and at present he is its Vice-President. Recently, Dr. Neergundha published a play, Ileya Haadu-Kunitagala Naduve: Tirupati Mallige Rama—Durgada Sampige Rama. Kenilworth (a play based on Sir Walter Scott’s great novel of the same title), Kittel Sasya Vijnana Kosha (based on Ferdinand Kittel’s classic Dictionary), Manava Bharata (PhD thesis on Parva by S. L.Bhyrappa) - Guided by Dr. N.S. Lakshminarayana Bhatta-Poet, Critic and his Australian travelogue—are being published in the near future. Artha was a short story in the name of “Mouna Ulisida Baduku” in Prajavani News Paper in the year 1969 December and published also as a serial in Kannanda Prabha News Paper for 97 days. His novel Artha, first published in 1974, which has seen three reprints since, has just been published in English translation and the same is translated to Marathi.