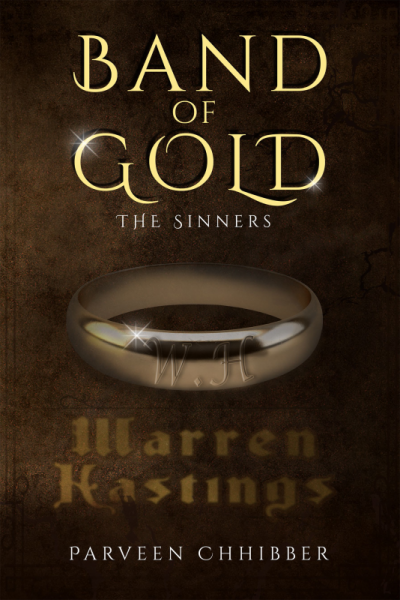 Band of Gold The Sinners

One ring and one narrative, binds them all together.

The stage is set in 19th-century India—a time when racial prejudice is beginning to harden with the support of the law makers. What seems to be an innocent circus performance presentation turns into a real life police arrest and the account of the struggles of an English-Indian boy starts to unfold. Accused of being a thug and of murdering an Englishman, an officer of the East India Company army, Jonathan Lord, aka Gora Mirza, is forced into signing a confession under the Thugee Act of 1836, made a fugitive from British justice, and hunted down and hanged.

Gora Mirza’s tragic end is not his alone, but one bound up with several other individuals—a senior officer, two English soldiers, a teenaged Indian widow, a nawab, a rajah and many others. Marcus, a German diarist, records it all.

The story—the mystery and the chase; and the spine-chilling end—is in the matrix of the historical events of the time. Does the ring find its rightful owner…?

Educated in the West Indies (Trinidad), Dehradun and St. Stephen’s College, Delhi, Parveen Chhibber has a postgraduate degree in science. He has completed a tour of duty with a territorial unit of the Indian army, and worked for a latter-day incarnation of the presidency banks.

The Companion: A Tale of 1857 was conceived at Agra, some eight years before its first print edition in 2007. A second edition, revised and edited, was released in 2014 in digital format through Kindle.

Band of Gold: The Sinners, from its handwritten draft to its first publication in digital format in 2015, has been in the works for over six years, and is now available in both print and digital format.