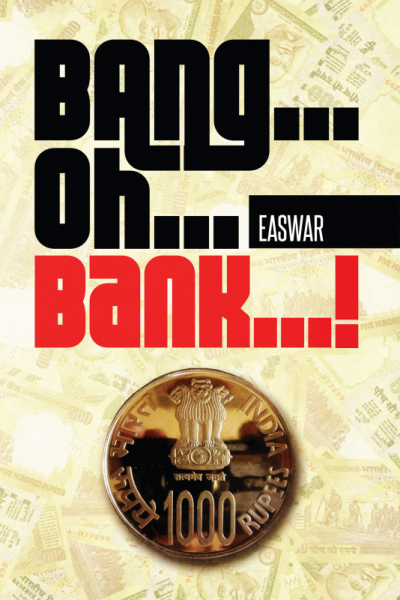 What were we? What are we?’

This is a recapitulation of the story of India from 1956 until 2014. It chronicles one of the most wonderful systems that have ever been developed on earth by an ancient and cultured social group that had been a pioneer in the establishment of welfare measures for both the ‘haves’ and the ‘have-nots’.

The system referred to here is The Indian Banking System which, by its magical philosophy of “Save and Prosper”, has been the instrument of change. A large group of people have benefitted in one way or the other by this enchanting industry and all that it has had to offer. They chose to pay tributes out of respect for the system – and hence, this book.

But money was not everything. I realized that working in the bank brought with it a certain kind of dignity and social standing – which was quite a big deal in those days. Family, future, security, status etc. Yes, those days a bank employee was regarded highly by society. He was a sought-after groom in the marriage market.

The liberalization era brought about important changes in the functioning of banks. The industry was the nerve-centre for all financial operations in the country. In order to meet the emerging need to match International Standards, automation and computerization of all core banking operations became the norm

When the computerisation wave swept the nation’s banks, lakhs and lakhs of precious public money was spent. The importance of Exceptional Reports was understood, and these exceptional reports were implemented by all the banks in all earnestness. But, the follow-up of the reports generated by the system and their consequences was not really done with the same amount of earnestness with which the scheme was implemented

Human Resources or HR is perhaps the most valuable asset in any organisation. It is the human resource that exploits and makes use of other resources in the organization so as to achieve organizational objectives. The aim of the Human Resource Department, or by whatever name it is known – such as Personnel Department, P& IR and such else, is established to get the best out of the workforce of the organisation. For the achievement of organisational purpose, there are many sub-systems in the Human Resources Department, such as Grievance Handling, Counselling, Performance Appraisals, Career Planning, Training & Development Programs and such else.

— A new born baby given new life to a Bank Office.

All promises became true. All performances were spot-on. This is truer than the truth. Banking in India was promising, and encouraged the growth of India into becoming a vibrant and energetic economic power. That dream has now become reality. Now, India has become a force to reckon with in terms of economic development. No other country can afford to ignore India. I will not, for a change, make a conventional call that banks are at a cross-roads. We have crossed all of them, if you wish please, and there are only roads ahead. Rest assured that Indian Banking will survive at all times.

The Heads of Banks nodded, some applauded

The higher-ups had no knowledge of what this barefoot banker was doing. They had to rely on him. He had the independence, freedom and autonomy necessary for decentralized decision making. He knew the way his Manager in Chennai was exceeding his authority and used to write to the head office to ratify his decisions in the past. He did the same thing with success. But the Regional Manager kept mum, it was his style. Wait for results: if they were positive, well, he could confirm all actions done at grass-roots. If the results were bad the axe could fall on.

A prudent banker should observe ‘how men of prudence, discretion and intelligence manage their own affairs in regard to the permanent disposition of their funds considering probable income, as well as probable safety of the money involved’. (1830 Massachusetts Court definition)