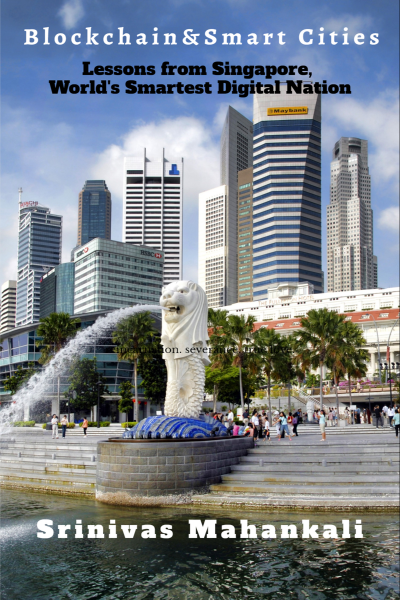 By acting as a Trusted Third Party in a programmatic manner, Blockchain is bringing in unforeseen trusted interactions, eliminating non-value adding middlemen. The enterprises and many Governments across the world are finding new use cases of Blockchain every day and it is only a matter of a few more years for us to be totally used to patronizing any service or product that is able to demonstrate its authenticity and purity, an essential feature of a Blockchain solution. In this book we look at some of the most digitally advanced nations and the status of adoption of Blockchain Technology.

Stepping more into the world of Digital technologies, we also look at how these countries are leveraging other technologies for the benefit of their citizens..As a specific use case, we look deep into the world of the Smartest Nation on the planet as judged by the IMD survey, 2019 with a view to offer an integrated road map for the rest of other countries in the world. IMD Smart City Index, an index that measures the way the technology is used to improve the quality of people’s lives while reducing the shortcoming of urbanization. We shall dwell upon several facets of Singapore with reference to the emerging technologies and look at how Singapore is leveraging these to serve its citizens to be healthy, happy & smart. There are lessons from these for every other government and country as they grapple with the rapid urbanisation and the need to be self-sufficient & sustainable. 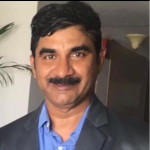 An alumnus of IIT Madras and IIM Bangalore, Srinivas Mahankali is presently a Principal Consultant at NISG’s Blockchain Centre of Excellence in a Government & NASSCOM owned organisation, NISG (National Institute for Smart Government), where he plays a key role in promotion, and implementation of Blockchain projects across the Public Sector and Government. He is certified in Lean Six Sigma, NCFM Level 2, Capital Markets and R3 Corda.

Prior to this, he was leading the Blockchain Center of Excellence at ULTS (ULCCS Group, Calicut, Kerala), leading a pool of Blockchain experts to execute solutions for Enterprise & Educational applications.

He also led Strategy & IT for 3 years at Apollo LogiSolutions (ALS), India’s leading integrated logistics services company. Here, he formulated & implemented the ABEX (Apollo Business Excellence) program, and executed a comprehensive overhaul of IT hardware, networking and ERP management at ALS. During his tenure as CIO, ALS won the awards, ‘The Best Integrated Logistics Services Company’ & Best Logistics CEO in India’ in 2017

His latest books are Blockchain for Non-IT Professionals and Corona Wars.

A lot of the photos of Singapore landscapes are from his family’s personal collections taken during their various trips to Singapore.