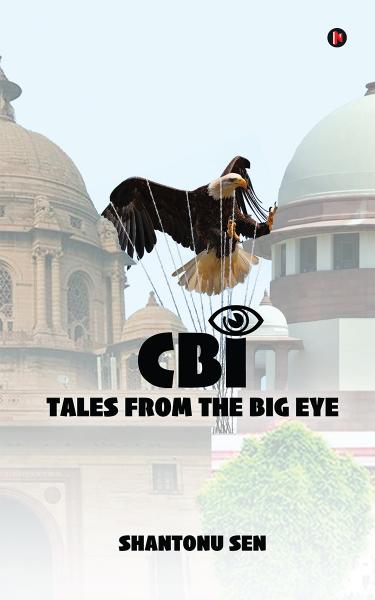 CBI Tales From the Big Eye

Tales from the Big Eye incorporates a young man's struggles as a professional detective within the ambit of the CBI in post-Independent India, when the profession was at its infancy. It provides glimpses into how a detective is born and how the nose for detection is sharpened over failures and successes. Significantly, this selection of a dozen tales is not all about accomplishments of a professional sleuth but provides insights into what makes the system tick or just stop ticking. There are tales of corruption, cheating, forgery and fraud, featuring well-known names, companies, departments and corporations of the Government of India, including how Prakash Tandon's State Trading Corporation and the Indira Gandhi’s office were sought to be compromised. Read about them from the sleuth who was involved in the investigations.

No CBI account be complete without the notorious don, Dawood Ibrahim. He committed crimes with impunity and got away as he managed the criminal justice system. Three riveting stories tell it all while another looks into a future with the growing reach of the National Investigation Agency (NIA), with its veneer of having a federal character, which rounds off this book of exciting CBI tales.

He started off in life as an academic before being recruited by the Union Public Service Commission in 1963 to join the Special Police Establishment, set up in 1941. The Central Bureau of Investigation was just beginning to evolve from the Special Police Establishment then. At 83 (Born April 27, 1938),  he is amongst the very few super sleuths around to tell the complete story of  the birth and evolution of the CBI, its rise to professional excellence and, perhaps, the decline in its stature, courtesy the power of political influence.

An expert equestrian and good hockey and tennis player, Shantonu Sen mastered the art of sleuthing over his varied postings and became a specialist in anti-terrorism and anti-corruption branches of the CBI. Besides, he set up the Sikkim Vigilance Force between 1979 and 1983 and served as its director. In 1989, he helped build the CBI Academy in Ghaziabad.