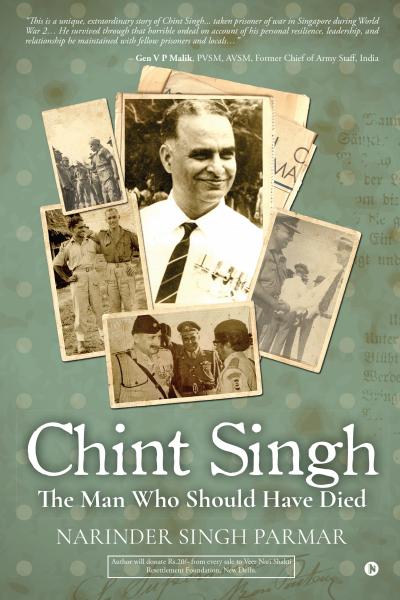 Chint Singh: The Man Who Should Have Died

“This is a unique, extraordinary story of Chint Singh... taken prisoner of war in Singapore during World War 2… He survived through that horrible ordeal on account of his personal resilience, leadership, and the relationship he maintained with fellow prisoners and locals…”
– Gen V P Malik, PVSM, AVSM, Former Chief of Army Staff, India

CHINT SINGH: THE MAN WHO SHOULD HAVE DIED is a compelling true story of the survival, resilience, courage, and deep sense of duty of an Indian officer during World War 2.

With the fall of Singapore in World War 2 in 1942, approximately 2400 Indian POWs were shipped to Papua New Guinea to work as labourers. Many, over 2 years, lost their lives in the thick jungles and swamps due to tropical diseases, malnutrition, torture by Japanese forces or bombing by Allied forces. Chint Singh along other ten soldiers were sole survivors rescued by Australian forces. Tragically his ten mates died in plane crash while they were heading back home. This made Chint Singh the sole survivor of almost 2400 Indian POWs.

The most intriguing questions:

• How did Chint Singh managed to survive?

• What ordeals did he go through while in Japanese captivity?

• Why was he chosen as chief witness in the war crimes trails in Australia against the Japanese?

To find the answers read this remarkable true story of Chint Singh! 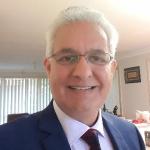 Narinder Singh Parmar is a Careers Advisor, educator, author, and International motivational speaker, living in Australia since 1989. He explored and connected to the Australians his father, Chint Singh, had built relationships with after World War 2. Further, he researched and collected information from Chint Singh’s diaries and photo albums, to tell his and his mates’ story to the world. He is also the author of the self-help book, Turning Point: How to create a winning mindset.