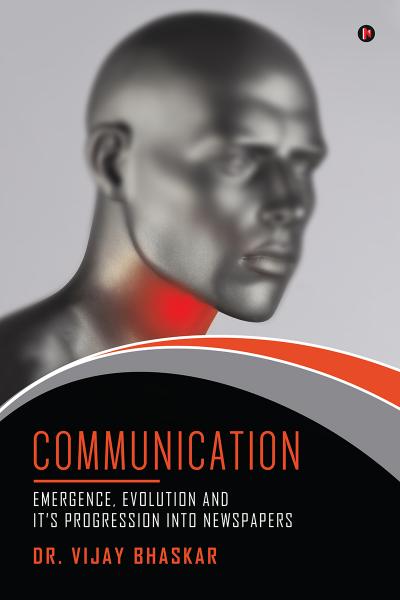 Humans are exclusively gifted by nature with some anatomical features that give humans an immense capacity to render complex speech. The book explores origin of speech right from the Hyoid bone that exalted human communication into a higher orbit, and then moves onto science and technology behind the development of communication, leading finally to the emergence of mass media, i.e., newspapers. It covers Gutenberg’s marvelous machine which printed Martin Luther’s Ninety-five Theses, the first voice of dissent in the world against the most powerful Catholic Church. 17th century natural philosopher Francis Bacon recognized three great technological innovations: the magnetic compass, the printing press and gunpowder as the distinguishing achievements of modern man. The present book discusses in detail one of the epoch-making inventions: the printing press and its natural progression into newspapers, its impact on societies of the world, its struggle to align itself against the worst of maneuvers to silence the press in the different time spans of history. The first Indian newspaper Hicky’s Gazette by James Augustus Hicky in 1780 and from there a 200-year span has been covered in detail, which comprises the following chapters:

Role of Gandhi as a journalist

Role of Indian newspapers in the independence struggle, including the history of nationalist newspaper GHADAR: call of mutiny in India from abroad

Monitoring of Indian publications in London

Emergency, when democracy was wounded

Vijay Bhaskar has a Ph.D. in journalism. He earned his M.Sc with a specialization in Helminthic Parasitology, before joining The Times of India, Mumbai as a trainee journalist. After working for eight years in Bombay, he came back to his native state to join The Times of India, Patna establishment, and from there moved to British High Commission in New Delhi as senior editor(information), and went for specialized training in Central Office of Information(COI) and Foreign and Commonwealth Office (FCO), London. He has led newspaper editorial teams in Jaipur, Nagpur, Ranchi, Bhagalpur, Patna and Jamshedpur in different capacities. His last assignment was with Hindustan Media Ventures, Patna as Editor: Special Project of Hindustan. He is a passionate teacher and has taught Mass Communications at the university level for a decade.

He is an award-winning journalist and author, and has written extensively on science and technology, and International Relations for print, audio-video and hypertext formats. He has presented papers and worked as a rapporteur and chair a couple of sessions in National  Science Communication Congresses. At present, he looks after his company Rendition-Language Solution Destination of the East as its CMD and mentors needy students of Mass Communication for higher studies. He has written a book on the history of journalism in Bihar. He has also authored a collection of articles on science and technology published by the Department of Science and Technology, Govt. of India and translated a research book Synthesis of Buddhist Śaiva & Śākta Tantras from English to Hindi.