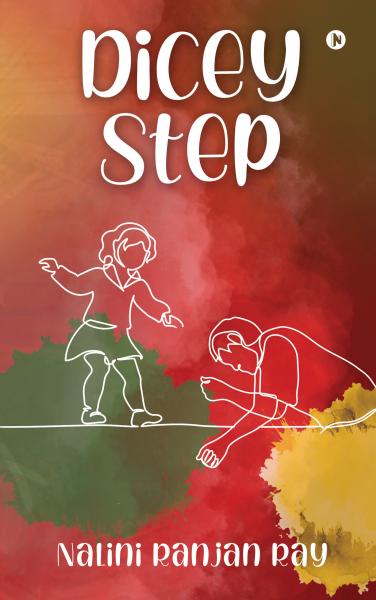 “It’s either your daughter or me,” Anju too fumed.

That angry reaction of hers stirred up a hornet’s nest. In a fit of fury, Ankush hurriedly applied the brake of the car which caused a crackling sound. It attracted the attention of nearby pedestrians. It happened on the ring road near Ashram Chowk, South-East Delhi.

He was in such intense rage that he dragged Mani out of the rear seat, dropped her on the roadside and quickly moved ahead without thinking anything or looking back.

The little girl, Mani, did not know what to do and started crying.

Ankush, the protagonist, is a married man with a sober wife, Anita, and a beautiful girl child, Mani. But his unfortunate estranged wife, Anita, lives elsewhere. Anju is his youthful maid-turned-second-wife.

Why did Ankush abandon his own daughter on the roadside to fend for herself? Did he force his real wife, Anita, to leave his house?

The story gets murkier as it progresses where lust, betrayal, separation, serious illness, hate and true love come into play. 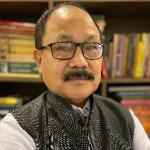 Born on 10 February 1959, in a village named Kamar Gochh in Siliguri sub-division, Darjeeling district, West Bengal, Nalini Ranjan Ray did his higher secondary schooling from Siliguri Boys' High School in 1974 and bachelor of arts from North Bengal University in 1979. After his dedicated service in the Indian Army as Short Service Commissioned Officer, he took release from there in the rank of Captain in 1988. Subsequently, he served in the State Bank of India as a Specialist Cadre Officer for long thirty years (1989–2019) from where he superannuated as a Senior Management Grade Officer in 2019. He has written a number of articles, stories in various magazines, souvenirs, etc. So far, he has authored two literary books in his mother tongue, Rajbanshi – Kamtapuri language, and two books of social interest in English. He is a keen social worker. Dicey Step is his maiden novel in English.