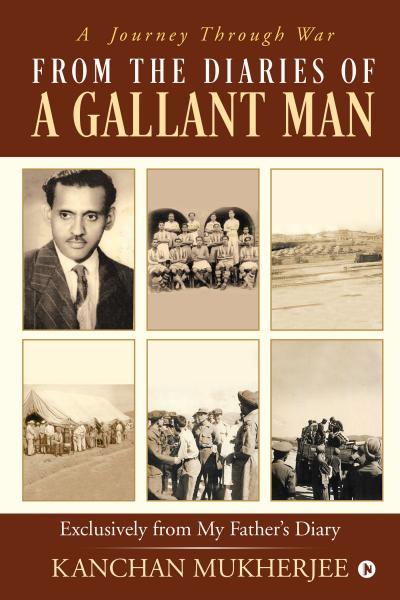 From the Diaries of a Gallant man: Exclusively From My Father's Diary A Journey Through War

“After the peace treaty was signed at Armistice Hall, several groups were formed to take care of the restless situation in Korea. One of the teams was the Custodian Force, of which, I was fortunately part of! When I boarded the special train to Madras with my fellow members, there were already thirty cameramen eager to cover the news at the station. The civilians assembled with flags and shouted ‘Jai Hind!’

When I was posted in Vietnam, I had to go to the China Border to give a surprise visit to make sure that no weapons were being smuggled from China to North Vietnam.

By the end of 1987, I had explored so many new and charismatic places in my own country. But while we were in Fatehpur Sikri, the only thought that daunted me in the evening was – Will we see the next day? Is this the end of us? Then again in 1998, I got bored of my hometown and decided to explore another new state to quench my wander thirst.”

The facts in this book are of noted & ordinary citizens who have unleashed the spirit within, with extraordinary consequences, radically changing society for the better. Their ideas for action and their stories will inspire all at a profound level. This book uncovers some powerful notes/discoveries. This book also gives us some important advice as well as boosts us. This is not only a light book, but a book that encourages others also.

Jagadindu  Mukherjee was born on 26 August 1924 at his maternal uncle’s house in Kolkata.  He was brought up there for five years.  Thereafter, he was taken to Bongaon by his parents.

He had to suffer a lot from the age of six.  Due to unavoidable circumstances, he had to change from one school to other, number of times.

In the year 1942, while was staying in Kolkata, one fine morning, he left his maternal uncle’s house after breakfast and went to the maidan, where a recruitment board was formed in ITF (India Territorial Force) Pavilion for recruitment in different departments of the Army.  When he reached there, one British officer enquired whether he was prepared to join the Army, mentioned his Intelligence Branch of HQ Western Command, New Delhi, and afterwards he worked in different departments of the Indian army. He also served under Neutral Nations Repatriation Commission and Custodian Force Headquarters, as India was approached by UNO to send their troops to take responsibility to take full control of ‘Prisoners of War.’  Therefore, he was also involved in a part of the activities in Korea and Cambodia.