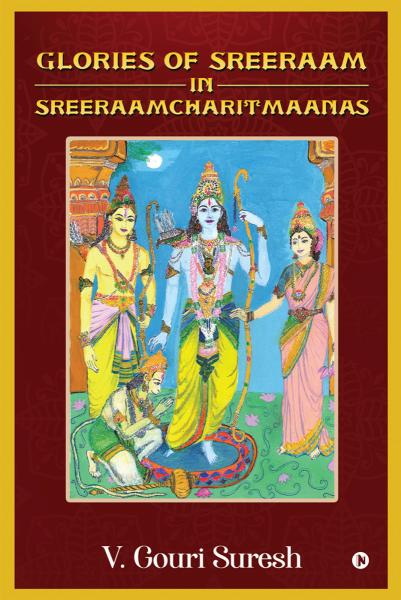 The present book aims to highlight SreeRaam’s glories expounded throughout SreeRaamcharitmaanas. In the process, all the characteristic features of the sourcebook have been retained. For example, the seven Kaandaas (cantos) have been divided into 9, and also 30 sections, for the benefit of the devout who would like to finish reading the book in 9 days ending on Ramnavami, or 30 days during the holy month of Saavan (Shraavan), or any other month. One can read the book at one’s own pace also, any time of the year.

By reading the book, one can gain insight into the life of Raam, worshipped by millions across the world, and know his splendors. It will also help one realize the real goals of human life. 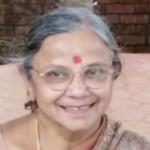 After thirty-eight years of teaching at the undergraduate level and twenty years during the same period at the postgraduate level, she retired as an associate professor of Botany and vice-principal in 2012. During her years as a college teacher, she has presented many papers in national and international seminars and conferences and published more than twenty research papers in various scientific journals of repute. Her interests lie in ancient Indian scriptures, in addition to environmental issues. She has also been writing articles regularly for Bhavan’s Journal, Mumbai, for the past several years.

The author has published six books till now; two of them on Srimad Bhagavatam, one on Lord Krishna, and one a travelogue on a pilgrimage to the holy Kailas Manasarovar, while two are textbooks on Environmental Science. Glories of SreeRaam in SreeRaamcharitmaanas is her seventh book.

After retirement, Dr. Gouri Suresh settled in Kerala. She can be contacted at sureshck49@gmail.com.