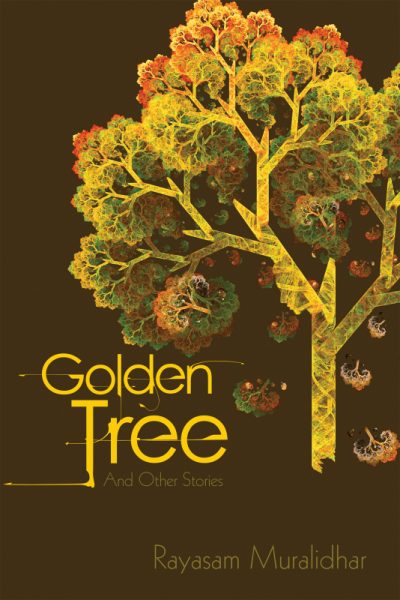 Golden Tree And Other Stories

The name Sonagachi evokes a variety of reactions in a variety of people – distaste, contempt, curiosity, lust, greed…and so on. But how many spare a thought to the real lives of the very real women who have made Asia's largest red-light area so famously infamous? What tragedies and compulsions, and sheer helplessness drive them into this detestable trade? Would any woman choose such a life if she had a choice of another of security, safety and dignity? Even while mired in the slush of their own condemned lives, how do these women gather the strength to keep another from being doomed to it?

A street-smart oldman who has been quite successful in acquiring money, proves to be defenceless against the wiles of a scheming young woman…

Written with a deep understanding of the workings of the human mind, with charity and compassion, and spiced with adventure, thrill, humour, and satire, this collection of stories is a celebration of women in their many avatars – cherished daughter, impressionable young girl, loving mother, scheming wife, reluctant beggar, and what not…

Rayasam Muralidhar, an Engineer by profession, is passionate about language and literature. He writes mostly in English, stories and poetry being the preferred genre. His proficiency in languages however extends to Hindi, Kannada, Tamil and Telugu.

Plays, Features and Talks written by him have been broadcast over the All India Radio, Port Blair.

His interests include acting, painting and traveling besides writing.

Muralidhar hails from the Rayasam family, which has produced many eminent writers. He is the son of Rayasam Srinivasa Rao, a scientist and a philosopher, and nephew of the famous Kannada satirist, Rayasam Bhimasen Rao, popularly known as Beechi, and Rayasam Raghupathi Rao, who has several Kannada One Act Plays to his credit. His aunt Sarita K Desai is a well known writer in Kannada and Hindi.

Muralidhar's wife Girija, also known in the family as Manjula Muralidhar, is an English Teacher by profession who is passionate about English literature. Like her husband, she too is a polyglot, her knowledge extending to Hindi, Kannada, Tamil and Bengali. She is also well versed in Music, Dance and Drama.

The couple live and work in Chennai, India.