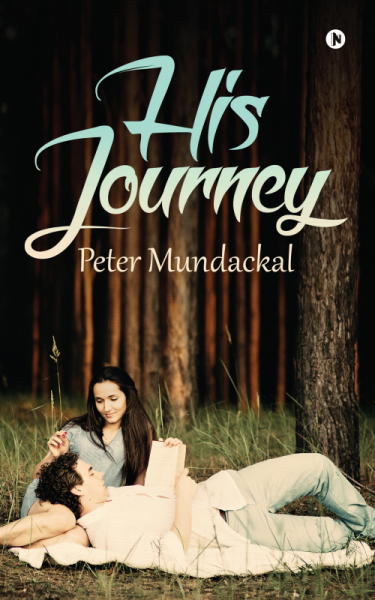 His Journey is the story of how life drives an individual, through twists and turns, to his final and unexpected destiny. It is also a detailed and intimate account of growing up as a middle-class Catholic boy in the Kerala of the 1950s, with the rumblings of revolutionary social change in the background. The story takes the hero from the backwoods of Kerala to Chennai and onwards to Delhi, where he falls in love only to be drowned in a life-shattering tragedy. On recovery, he discovers his real destiny, which is a spiritual one – the care of the sick and the destitute. The novel also delves into the political and religious crisis of faith of the hero. It is a highly readable chronicle, not only of an individual’s quest for meaning, but also of an era of Kerala’s history that is now largely forgotten.”

"Reading His Journey is an experience of a journey through history in which we meet the dust-covered footprints of the travellers, who have vanished behind the curtain forever, but those footprints remind us the distance we have travelled. Apart from the attractive style of storytelling, the novelist has provided a glimpse into the socio-political scenario of Kerala, the God's own country, during 1950s."

"Throughout the novel, the author spices his descriptions with quite realistic and memorable scenes… Similarly, with very brief and subtle touches, personalities of several characters are etched in the readers' memory. Written in simple English and in a flowing style, the novel makes an enjoyable reading."

Excerpts from the Foreword by Unnikrishnan Thiruvazhiyodu

Peter Mundackal hails from Vaikom, Kottayam District, Kerala. He holds a master's degree in English Literature from the Institute of PG Studies, University of Delhi.

He started his career with the erstwhile Rubber Plantation Department, under the Government of Kerala. Later, he moved to the Ministry of Defence, GOI, New Delhi. His last full-time job was as the Executive Director of Deepalaya – a premier NGO in Delhi. He lives in Delhi and is presently doing consultancy services for a few development funding agencies and NGOs. He can be reached at petermundackal@yahoo.com