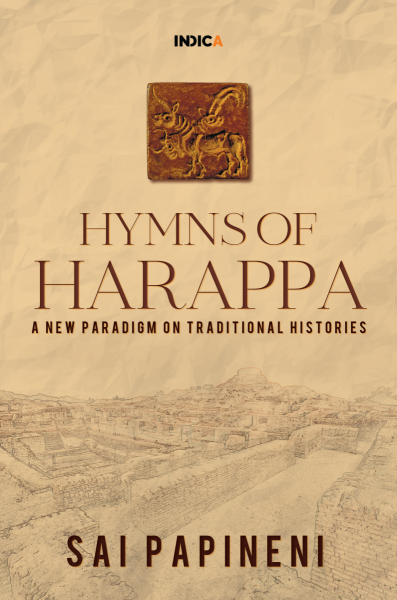 Hymns of Harappa A New Paradigm on Traditional Histories

Do Indians have historical sense?

Indians have a past. There is no doubting that fact, celebrated in literature, perhaps the oldest that man had created. Epics, myths, heroes and events which are very much a part of the living tradition - are they real?

Is there any truth in the ancient Indian historical tradition called Puranas?

Who are Aryans? Where have they come from?

Mohenjo Daro - what was its name when it was still a living city?

Asuras and Devas - are they just figments of a grand fiction?

The Vedic seers like Vasishta and Viswamitra - were they individuals, clans or institutions?

Ayodhya, Varanasi, Hastinapura and Lanka - do we know where really they are?

What happened to the people of the Harappan civilization after it had collapsed?

When did the Mahabharata War take place?

Author Sai Papineni unravels the historicity at the heart of the ancient tradition weighing it against the findings in the fields of archaeology, environmental studies, geography, genetics and linguistics. The stories and legends from India’s past come alive in the background of one of the earliest and the largest urban civilizations of the world - the Harappan.