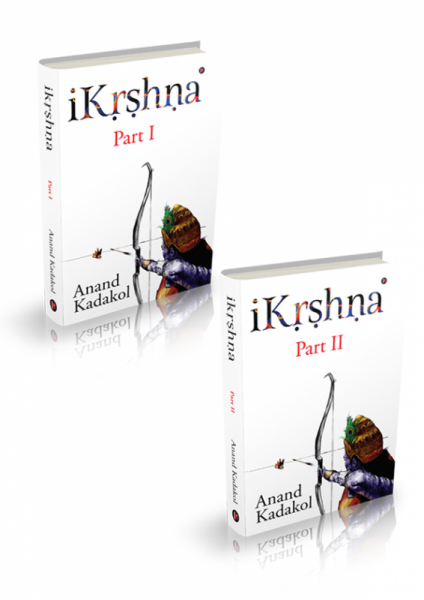 Lord Kṛṣhṇa, almighty, powerful and invincible, that is what we have seen in his story from time eternal. But what about the human life of Kṛṣhṇa?

He was destined was to live a human life, and his life journey was fraught with danger, treachery and brutal violence. How did he manage to face this life, a life as a human being?

iKṛṣhṇa is a tale that explores the dark, dangerous and human side of Kṛṣhṇa's story from his perspective. Thrown into chaos very early in life, he gradually lost his innocence and bravely faced the darkness of the world, stretching his human capabilities to the hilt.

All the malice that existed in those times and the Lordly Incarnation had to not only experience the chicanery of times but also burden Kṛṣhṇa with dealing with all the distrustful characters of his time, work with them and try and bring them to a common ground, some with success, some which failed; but the most important point here is that he had to endure and live that life as a human being.  Just like Lord Rama lived a human life and didn’t call for his divine power in all times of distress, spent his time on this earth like a normal human being, used his human power to achieve the things he did, exposed himself to great harm by purely being a human being, surely Kṛṣhṇa was also called upon to live a similar life on this land. That is the endeavour of this book. 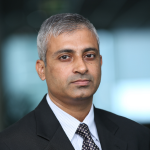 Anand Kadakol worked in the corporate world for 25 years. Most of those years, he spent in financial services business specializing in payments services and helped build world-class products for a few organizations. A few years ago, he plunged into the diverse field of organic farming. He had been developing an organic farm for eight years, and after the farm started to yield choice mangoes, he left the corporate world and delved into the world of delicious, healthy, organic Alphonsos.

In parallel, a seed of an idea germinated. It took him three years to do research and now here is the result of that seed: It grew to form a book on Kṛṣhṇa’s life. Anand’s passion in life is saving trees and ecology. Writing is something he wanted to do all the time. It started when he was in college. But in pursuit of the rat race, it took the back seat. But now, sitting amidst the clean green, where ideas germinate faster than elsewhere, this book was shaped from a beautiful idea.