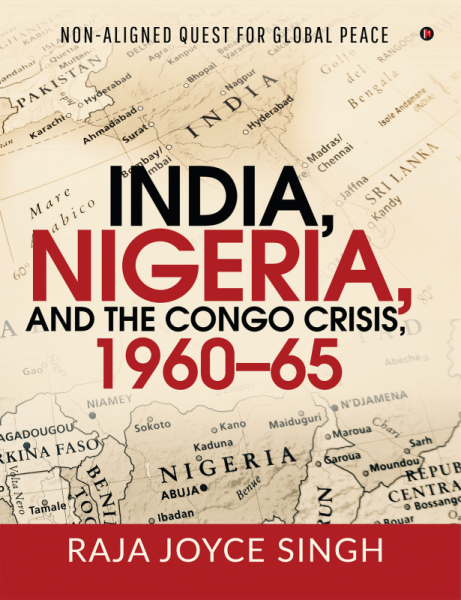 After the great devastation of the Second World War, 51 world leaders established an international organization for the purpose of maintaining peace and security in the world by preventing escalation of conflicts, promoting mutual cooperation, and developing friendly relations among them, called the United Nations (UN).

Despite its noble aims and objectives, the UN could not maintain total global peace, because many sporadic individual skirmishes still took place among nations. One such conflict began in the Congo during 1960s, which later escalated into an international crisis and made the Big Powers take sides for a major showdown.

At this juncture, to save the international organization, the Non-Aligned countries, under the leadership of India and Nigeria, came to the fore to support the UN in its efforts for peace-keeping in the Congo and preventing the Super Powers from getting involved in this conflict.

All these details, events of the crisis, and the role of the Non-Aligned nations towards its diffusion are discussed in this book.

Dr. Raja Joyce Singh is a Professor of Political Science. He specializes in African International Relations. Dr. Singh completed his education in India and at the University of Ibadan, Nigeria. He had a bright educational and academic career. He stood first in M.A. Political Science at Jabalpur University in 1963. He was awarded the Commonwealth Scholarship by the Government of India for higher studies at the University of Ibadan, Nigeria in 1965 for specialization in African International Relations.

Dr. Singh started teaching in July 1963 and has taught in several colleges and universities in India and abroad. He lived for 20 years in Africa, traveled to about 23 countries for studies, research and teaching.

Dr. Singh has published several books and research articles in Indian and foreign research journals. He has held many distinguished positions like the Consultant on Africa in the Ministry of External Affairs in New Delhi, working for the Council of Scientific and Industrial Research, New Delhi and the University Grants Commission in New Delhi.

Apart from his academic excellence, he has also excelled in social field. He has been a member of several distinguished social and philanthropic organizations like the Rotary Club, Planned Parenthood and many others in India and abroad.