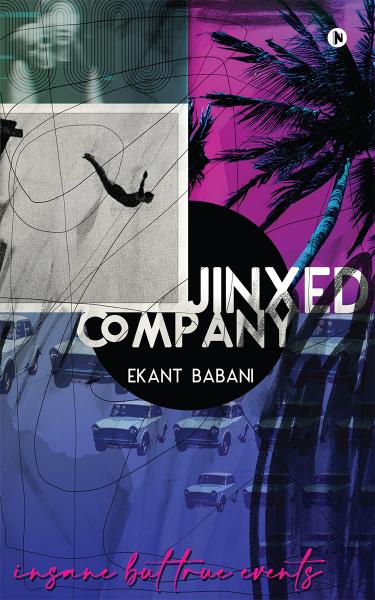 Have you ever experienced a life-threatening moment? A spooky encounter? A car crash? Or maybe just all of them? Well, I did. I experienced all of the above and much more during my teenage years. And I didn’t plan any of them, they just happened. Strangely, these weird occurrences always happened when I met my cousin Aatish. Passing it off as a mere coincidence initially, I couldn’t help but believe there was something wrong and that a fuse went off every time we met. I soon realised that we were pretty much a ‘Jinxed company’.

I am 40 now, and when I looked back at the great, adventurous, amazing life I’ve led, there were these occurrences that I couldn’t get out of my head. I remember writing them down at some point and tried forgetting about them as if they were a nightmare. And almost a decade later, I got my hands on those notes.

What you will read is spectacular, surreal, spooky, unbelievable adventure. I lived it; I didn’t plan it and don’t regret it. I just thought I should write about it. Have a freak read!

Ekant Babani is an award-winning filmmaker from Mumbai, India. Having been a part of the entertainment industry for over two decades, Ekant has directed shows for National Geographic, MTV, and UTV to name a few. He also directed a full-length feature film titled Famous Pandey in 2016, four short films and a couple of web series for prominent OTT players. Creation is synonymous with Ekant; be it is amateur music, storytelling, filmmaking, and now, writing a book, he does it all. He loves to create something quirky. Although full of wit and humour, none of his work depicts his personality. It’s more the dark and edgy stuff that gives him the thrill.

An avid reader and traveller himself, Ekant lives with his wife, twin boys, and the love of his life, his beautiful Labrador, in Mumbai.