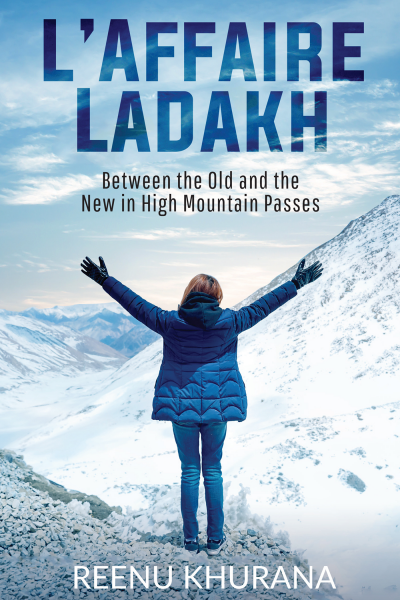 After 25 years, Miraya is back in the mystic and magnificent mountains of Ladakh to spearhead her “Class of 88” school reunion trek.

On her maiden visit to the land of Las and Tsos as a young lieutenant of the Indian Army, Miraya was part of a trans-Himalayan trekking expedition from Khardung La to Pithoragarh. Traversing 1700 KM on foot for over two months, braving exhaustion and a near life-threatening avalanche, Miraya had also bared her soul and cried her heart out for her unrequited first love. The mighty mountains, meandering rivers and mesmerizing meadows instead gifted her renewed joie de vivre.

Decades later, in the same landscape, all her deep entrenched emotions, longing and memories surge to the surface.

Who was the person her heart had cried out for 25 years back?

Why was she to meet him for the very first time in Ladakh?

Was the Universe conspiring to bring them together in its veritable vistas?

Does the land she considers to be the Mecca of Life offer a new insight?

Read on L'affaire Ladakh for the affair to unfold! 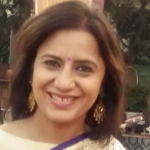 A die-hard optimist and an adventurist, Reenu Khurana has been a pathfinder of her life. From being one of the earliest women entrants to the officer cadre of Indian Army twenty-five years back, quite literally inspired by Robert Frost’s poem, ‘The Road Less Travelled,’ she went on to be the first woman directing staff at Officers’ Training Academy, Chennai.

A corporate stint of over ten years as an HR specialist catapulted her to don the hat of Life and Mind Fitness Coach through her coaching enterprise, iNDUS iNSPiRES (www.indusinspires.com). She is a firm believer of the fact that human form is a quest for possibilities. She cherishes her role of being the lamp post for her clients to reach their destination with attention and intention.

Yoga and Mindful living are what she swears by!