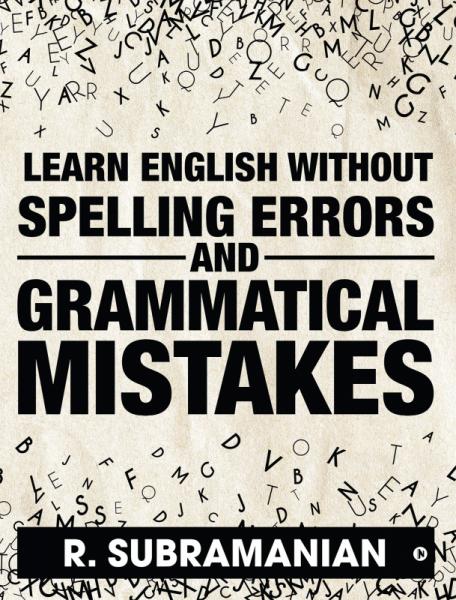 India has two official languages, Hindi and English. English, however, is an associate official language. In India, English serves three purposes. First, it provides a linguistic tool for administrative communication between the Union and the State governments. It contributes to the cohesiveness of the country, where diverse Indians speak different languages.

Second, it serves as a linking language. Hindi is mainly spoken in North India but in southern states where people speak many different languages, English is the lingua franca.

Third, it is a linguistic bridge between India and the world.

English is used in the parliament, judiciary, broadcasting, journalism and in the education system. English has become the de facto standard for education, research, commerce and most recently in Internet Communications. Using English, one becomes a citizen of the world, almost naturally.

Mr R. SUBRAMANIAN was born in Tamil Nadu on 4th December 1949. In school days his keen interest in learning correct English made him meet his English Teacher and Professors of English frequently. The first grammar point taught by his English Teacher was that the two words ‘Suppose / If’ as also ‘Perhaps / May’ should not be combined. His 40 years’ experience in mingling with many copywriters of leading advertising agencies added fuel to the fire in him to write this wonderful book titled ‘LEARN ENGLISH WITHOUT SPELLING ERRORS AND GRAMMATICAL MISTAKES’, which would be very useful to all people who are learning or studying English (High School level to Postgraduate level)