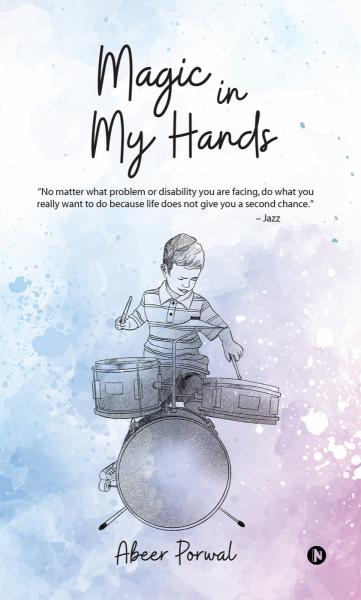 Magic in My Hands “No Matter What Problem or Disability You Are Facing, Do What You Really Want to Do Because Life Does Not Give You a Second Chance.” – Jazz

Magic in My Hands is a book about motivation and chasing your dreams no matter what problem you have. The story starts with our hero, a boy called Jazz who is suffering from an unknown disease since he was born. The doctors have completely lost hope in him saying that he would die in about a few years. Jazz’s parents knew about this and also made a promise to never tell Jazz what he was dealing with until one day when Jazz was in uncontrollable pain physically and mentally – not being accepted anywhere because of the way he looked. At first, when Jazz got to know about the news, it was disturbing for him. It took some time for Jazz to realize how this problem looked from a different angle.

Forget your sorrows and sadness and move on to the bright side. Looking at this made Jazz think straight. He loved music and always dreamt of becoming a musician. Since he had a short life period, he had no distractions and his only goal was singing and playing the drums well. With this mindset, Jazz starts composing some music. First, no one seemed to care about him which worried Jazz. Soon after a few months, Jazz gets an invitation to a band and makes some friends. Together they take a journey to the music world. 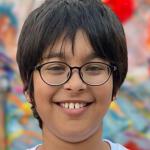 Abeer Porwal is the author of Magic in My Hands, an eleven-year-old boy, studying in grade 5 at Head Start Educational Academy, Bengaluru. Abeer’s hobbies are typical gaming, trying hands-in coding, playing the drums and writing articles. Abeer has written a few articles for the school magazine, one of which on the EV technology got published in 2021. He likes to write stories on blogger.com and loves to tweet interesting facts on Twitter.

Abeer started writing some small stories at the age of eight. He first used to do it for fun, until his parents read his articles, who were impressed with his writing style, and made him understand his talent. With that said, Abeer started writing more and more articles, narrating his real-life experiences, and at some stage, he realized he could write a book.

He was still unsure of what topic to write on, but one day, while practicing the drums for the school’s music fest, he was struggling to get a few beats right. This struggle gave him the plot of the book. He thought of narrating how hard work and dedication can make you the best in whatever you choose to do, regardless of the roadblocks along the way.

The journey of completing this book wasn’t easy. Abeer almost gave up on the book as he couldn’t build upon the storyline for continuing the story. His mother stood by him, persuaded and constantly supported him to write a chapter every day. With this motivation, you have the book in your hands.