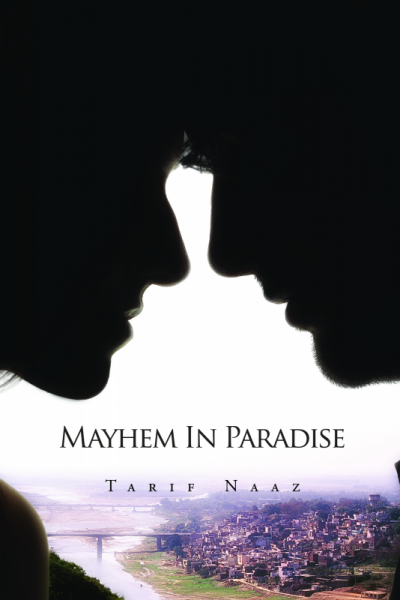 Mayhem in paradise is a tragic tale of the people, who suffered due to political turbulence. The novel begins with the love story of Huzaf and Vanshika. Huzaf, a Muslim boy, falls in love with a Hindu girl, Vanshika. They promise to love each other forever, but before they could keep their promises, some forces fuel insurgence in Kashmir.

Vanshika’s family migrates to Jammu. She resists but her family doesn’t listen to her and in the stillness of night, they leave their home. Huzaf visits Jammu to find out his Vanshika, but fails in tracing her out and returns disappointed.

Huzaf ’s sister, Asra, is raped and murdered, this incident changes his life and he takes the gun against India for revenge.

Through the love story, the ugly face of violence that caused untold mayhem in Kashmir has been revealed in simple and eloquent manner. The plot of the novel is so strong that it will hook you till end.

Tarif Naaz is born and brought up in Kashmir, presently residing in Delhi. He completed his post graduation through Kashmir University. His first book, “Sheikh Mohammad Abdullah: A Victim of Betrayal.” was published in 2011. His passion for writing always made him restless. He outspokenly opposes violence, which reflects in his books as well. Mayhem in Paradise is his first fiction.

Currently he is working on his next novel.