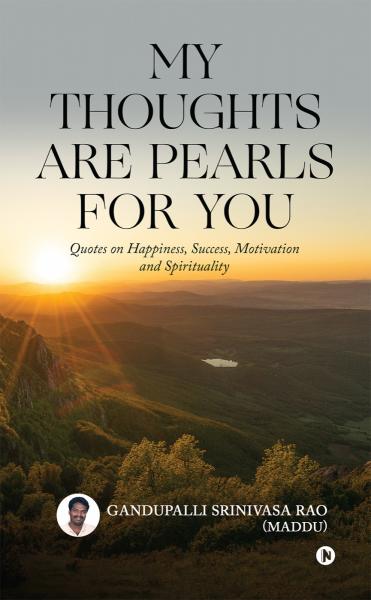 My Thoughts Are Pearls for You Quotes on Happiness, Success, Motivation and Spirituality

The book, My Thoughts Are Pearls for You, contains valuable quotes written by Gandupalli Srinivasa Rao (Maddu), which are based on all human feelings from birth to death. Besides this, the quality quotes in this book inspire all human beings irrespective of their age and give an overall view of life. It is a great soothing to the tensed minds and an ointment to the hurting hearts. The book has a spiritual touch, and the quotes on nature are also an attraction to the readers. 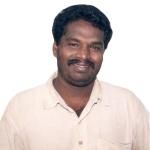 Gandupalli Srinivas Rao (Maddu) is a first-time author. He is a poet, writer, counsellor and social worker. He works as an electrical workman in the Balimela Dam (Joint) Project, Chitrakonda, Odisha, and he is the honorary general secretary of it. He was born at Operator’s Colony, Chitrakonda, on 30/07/1975, as an elder son to the couple, Smt. Mahalaxmi and Sri Simhadry. He has a brother and three sisters. He has completed his schooling at K.G.H. School, Narsapur, West Godavari District, Andhra Pradesh, India. He married B. Chandravathi and has two children. Besides his job, he has been assisting many people by conducting health seminars. He is a voracious reader of various books and a great follower of all faiths. He follows the teachings of Jesus, Prophet Mohammad, Buddha, Guru Nanak, Shridi Sai Baba, Satya Sai Baba and Meher Baba. He was inspired by so many scientists like Thomas Alva Edison, Albert Einstein; inventors and industrialists like Ratan Tata, Dhirubhai Ambani and Vivek Oberoi; world IT reformers like Bill Gates and Steve Jobs; and social reformers like Karl Marx, Che Guevara, Fidel Castro, Lenin, Stalin, Mahatma Gandhi, Dr. B.R. Ambedkar, Abraham Lincoln, Nelson Mandela and William Carey. He also follows spiritual leaders like Swami Vivekananda, Swami Sivananda, Ramakrishna Paramahansa and Sri Aurobindo. He loves to study the poetry of William Shakespeare, Rabindranath Tagore and John Keats. His dream project is to construct general hospitals and homes for the elderly, orphan children and widows.