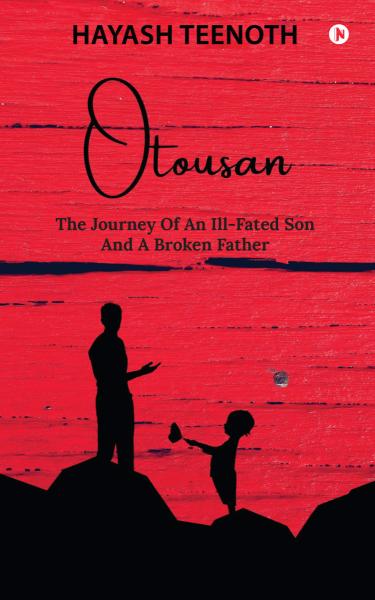 This tale chronicles Maadhu's struggle to emerge from the shadows of a precarious self-image built around the subtle oedipal struggles of not being able to match his father's illustrious status. His own inability to overcome the subconscious paradoxes ingrained into his psyche due to the systemic neglect and emotional indifference from his father. The exclusive presence of adoration and constant respect for his father acts as a lynchpin for his insecure complexes. He tries to find adoration by being antisocial, but the deep-rooted values and system instilled by his mother comes back to haunt him which destroys his ego, and he reclaims and becomes a professor. His poor volitional talents psychologically devastated his daughter to only lose herself in a labyrinth of green wrist and blue floating ladders. Will his constellation of conflicting emotions affect the existence of his own daughter??

Mr Hayash Teenoth spent most of life in Bangalore which was peaceful and picturesque, with a jumble of verdant fields and gardens, historic structures, pukka, cows and text walls.

St Joseph's High School is his alma mater. He fell in love with books at an incredibly early age and has never recovered from his early love of books. He worked as an editor and copywriter for his own venture ‘Pen and Power’ and worked as a trainee at ‘The Hindu’ Newspaper for a very brief period.

In the year 2013, he returned to his ancestral origins in Kerala, Kozhikode. He visited old haunts, met friends, and reconnected with his culture. He felt a sense of belonging and deeper meaning in his life.

He is a Doctoral student in Psychology from Lovely Professional University (LPU), completed his M.Phil. in Clinical Psychology from Sri Ramachandra Medical College Chennai. He worked as a licensed clinical psychologist for nearly a decade. Currently he is working as an Assistant Professor in the Department of Clinical Psychology at Manipal Academy of Higher Education, Manipal.

His writing's commentaries and avant-garde grow into stunning yet simple real-life individuals that grapple with riveting, everyday intricacies. These dramatis personae are based on a deep understanding of the human psyche, as well as clinical observations and complex real-time cases studies. Psychological viewpoints of self, family, interpersonal conflicts, suffering, relationship, and drama are meticulously analysed from the intricacies of the human unconscious mind, revealing deep-seated complex emotions shaping into fictitious characters.