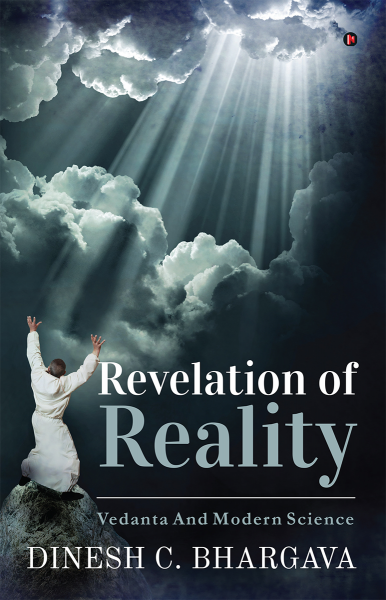 This book is for those in quest of Reality. The first two chapters deal with the Origin and Process of Creation.

Nobel Prize-winning quantum physicists and others of the twentieth-century had their first non-sensory experience of reality, as the Mystics did. The models of modern physics became akin to those of Eastern philosophy.

Modern science has discovered a reality beyond the physical world, endorsing ancient Vedic teachings of Illusion, that Truth or Reality does not lie in what is seen but in what is unseen.

Vedanta deals with the Origen and the Beginning of Creation. Science does not deal with the origin of the universe, but only describes the early beginnings and evolutions, after the event.

The day science begins to study non-physical phenomena; it will make more progress in one decade than in all the previous centuries of its existence-Nikolai Tesla.

The book refers to the world at a deeper level, and describes the Sub-structure, the Absolute Substance and the Ground of all existence. It describes how Mind creates matter by dissolving the distinction between subject and object through acts of conscious observation and interaction.

Modern Science is changing western thinking to converge with the revelations of the ancient seers, re-strengthening mankind’s belief in a Supreme Being.

From here on, Nature, Man and God all seem to converge.

As a small child, the author was sent by his parents to an American-European Seventh-Day Adventist boarding school in the Himalayan foothills. The school was situated in a secluded area, on a mountain slope rising to 8000 feet. Cut off from the outside world, he grew up in the forest-clad hills amidst sylvan surroundings, which developed in him a lifelong love for Nature, preparing him to later comprehend the revelation in Creation.

The school had no auxiliary staff. The boys cleaned the buildings, worked in the bakery and chopped wood for the boilers, while the girls prepared food and washed dishes. In those far off days, all teachers, and almost all students were from foreign lands, yet only vegetarian food was served; all lived together like one big family.

In view of the author’s background, his approach to the book and his choice of revelatory narratives, this humble work should appeal to both Western and Indian readers.

The author has previously published a book titled ‘Transforming Humanity,’ now also a Kindle eBook.  He has translated several books on various subjects from French, Spanish and Italian languages into English.

He is a retired Company Executive and ex-Company Director. While his two daughters live in the USA and Canada, he and his wife live in New Delhi.