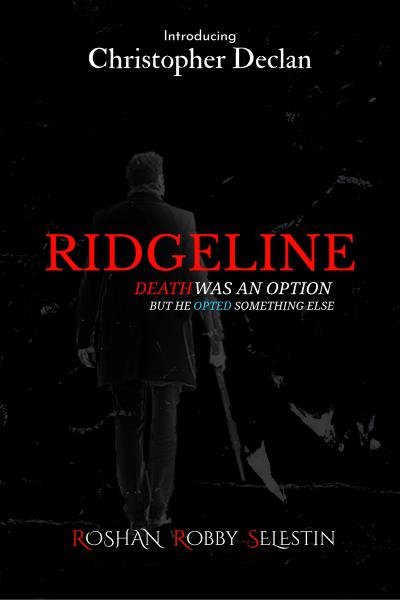 A DEFINITE PAGE-TURNING DEBUT IN THE TRADITIONS OF JASON BOURNE, ROBERT LANGDON AND POIROT, RIDGELINE IS A MYSTERY-THRILLER FUELLED BY AN INSANELY SHATTERING SUSPENSE THAT WOULD MAKE YOU THINK TWICE.

ARE YOU READY FOR #WHOISDECLAN?

"Coincidences! Something that I truly hate to happen.
Kind of like a sixth sense that kicks in me, it always brings trouble.
My only question is why now? Why am I brought back?
Only time will tell."

The past that he vanished from, the present that he wishes to solve, and a future that might change everything. A catastrophic event in the past that brought the nation to its knees, a case in the present that brought the elite to an edge, and a dark secret that haunts the future.
For ten years, he vanished without a trace, leaving behind everything that he cared for.
Why?

Who is this Christopher Declan?
Why is he wanted back at the Metropolitan Force
What kind of a past did he vanish from? 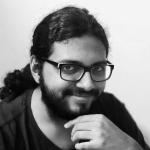 Roshan Robby Selestin is a final year B.Com LL.B student studying at the Bharata Mata School of Legal Studies, Kerala, India.
He was born and raised in the Kingdom of Bahrain and studied at The Indian School and did a year of B.B.A Marketing and Finance at the University of Bahrain.
His first touch on the arts of storytelling, drama and visual media started during his high school days and his involvement in scriptwriting started at the dawn of his law degree.

Roshan Robby's debut novel, RIDGELINE had racked up quite the buzz around as the book had made readers ask for more. This has surely made a new milestone for him to  connect new stories to this universe. The Declan Thriller Series is a proposed idea that Roshan Robby has set his sights on for dealing with more intriguing cases and diving head first into the life of the protagonist, Christopher Declan. Many more are yet to come!

ARE YOU READY FOR #WHOISDECLAN

When I heard about this novel, I was absolutely skeptical about it being good. But after reading the first page, OMG -- I couldn't stop myself, It was so thrilling and astonishing. I have become a fan of Mr. Roshan Robby. Eagerly waiting for his next novel. - ANGEL GEORGE, B.Com Graduate, Booklover.

After I received word about the RIDGELINE, I wanted to support him as it was his very first debut novel as a friend but after reading a couple of chapters, I was almost at the ending of it. Roshan Robby has definitely pushed himself further with this novel and I am now waiting for his next work. Hats off to you, my friend. - ADV. ASHWIN S. KUMAR, Lawyer.

Picked up a signed copy of RIDGELINE from Roshan. His words were, "Just enjoy the world that I created." and that became staple. Serious character development and haunting scenarios made this a promising title to read. Recommending this to my friends and family. - PRIYADARSHINI PAWAR, Drama Artist.