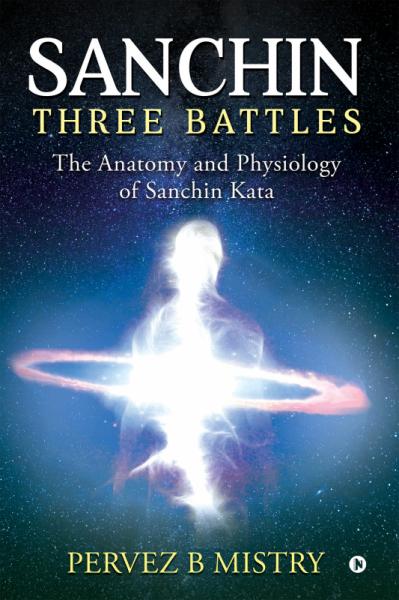 Sanchin Three Battles The Anatomy and Physiology of Sanchin Kata

SANCHIN is one of the most powerful Karate Katas. Literally “Three Battles,” represents the strenuous unification of mind, spirit, and body.

Rather than a how-to guide, SANCHIN Three Battles delves into the origin, purpose, and benefit of this ancient form, which has a history spanning more than five hundred years. Pervez Mistry, a Hachi-dan black belt Goju-Ryu practitioner, brings his extensive training and practice to bear on the proven positive physiological effects seen with regular practice.

Offering techniques and advice to improve performance, this valuable book for both Karate practitioners and their instructors presents a thorough discussion of the fighting techniques that account for the kata’s long and illustrious history and reveals how proper posture and breathing learned through Sanchin, result in health and harmony. 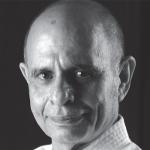 Shihan Pervez Mistry, at the age of 19, opened his doors to students of martial arts in 1964, when he was a student himself. Judo was his first foray into the mysterious fighting arts of the east; Ju-Jitsu, Aikido and ultimately Okinawan Goju-Ryu Karate would follow in a lifetime of teaching and continuous learning. He holds a fourth-degree black belt in Judo and a Hachi-Dan (eight-.degree) black belt in Karate-do, which was bestowed on him by his teacher of 37 years, Seiko Shihan (Supreme Master IOGKF) MorioHigaonna, at the tender age of 67 in 2012, in Okinawa, Japan. He is also a Certified Personal Trainer and a Post Rehabilitative Sports Injury Specialist (AFPA) (USA).

In a teaching career spanning 50 years, tens of thousands of students have passed through his doors, many becoming respected teachers in their own right. He has trained the Military and Para-Military forces of India. The Indo-Tibetan-Border-Police, The Border Security Force, The Central Reserve Police Force, The Naval Commandos, The Dogra Battalion of the Indian Army, The Black Cat Commandos, to name a few, making them battle-hardened fighting forces that they are today.

Now, he is committed to empowering women to look after themselves in a country where women are not respected as they should be. He has travelled the length and breadth of the country conducting seminars on self-defence for women from all walks of life, from the student to the housewife.

Goju-Ryu is what he lives and breathes today, unfailingly turning up at his dojo thrice a week to impart wisdom and experience culled from a lifetime of sweat and blood, and Zen. The Sanchin Kata, which forms the basis of Goju-Ryu training has always been a subject dear to his heart. Combining all the resources of tremendous first-hand experience, a keen knowledge of the human anatomy, and a wealth of information gleaned over a lifetime in the dojo, he has brought Sanchin to the very doorstep of every Karateka who wishes to improve his body, mind and spirit, the three tented that Sanchin is based on.