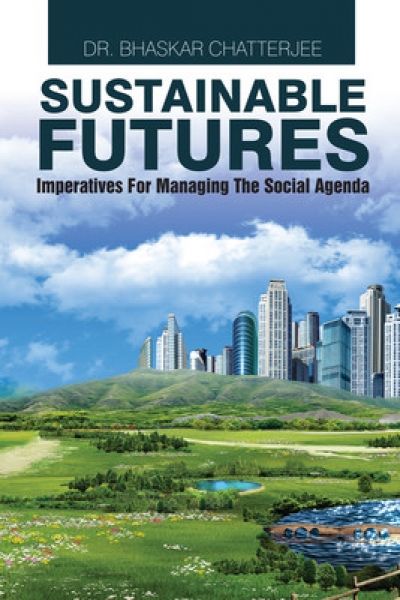 Across the world, the concept of Corporate Sustainability is viewed from myriad perspectives. Some businesses look at it as a stand-alone concept, whereas some others include it as a facet within the broader area of business responsibility; still others view it as an integral part of their business plans and there are those who see it as honest compliance of existing legislation. The eagerness to appear as environmentally and socially responsible surfaces at various levels; diverse means are employed to embed the concept of sustainable business and varied paths are followed to encourage it. However, whilst these differences remain, the rationale is two fold: to give back to society some of what is being taken from it; and to save the inhabitants of the globe from the horrors of environmental degradation.

At the very core of the concept, however, is that initiatives and projects directed at sustainable development and social responsibility are not only good things to do but they make good business sense as well. They help businesses increase their revenue, enhance market access, increase productivity, accrue savings in cost, augment access to capital, reduce risk, obtain licenses to operate, retain and attract good quality human capital and significantly boost brand value and reputation. Ultimately, it all adds up to businesses attaining sustainable competitiveness.

In this path breaking work, Dr. Chatterjee with the help of several broad brush strokes, paints a fascinating canvas that at once provokes, instigates and compels attention. He delineates the roles that business and industry can play to contribute to national and global development in a responsible, truly evolved way. He shows how governments, corporates and civil society organizations can synergize their efforts to build a whole new paradigm of development that is sustainable, humanistic and inclusive. All of this adds up to what can best be described as the Chatterjee Code.

Dr. Bhaskar Chatterjee is presently the Director General and CEO of the Indian Institute of Corporate Affairs. This Institute is an autonomous organization established by the Indian Ministry of Corporate Affairs and is intended to function as a capacity-building institution and a think-tank for knowledge development/ dissemination and for rendering policy advice to the Government of India on issues relating to Corporate Affairs. Dr. Chatterjee graduated from Hindu College, Delhi and did his Post graduation from St. Stephen’s College, Delhi University. Thereafter, he completed his MBA from the All India Management Association. He received his M. Phil from the Indian Institute of Public Administration in 1989-90 and his Doctorate from the Chitkara University in 2011.

He joined the Indian Administrative Service in 1975 and has held many distinguished positions. In 2008-09, he was Principal Adviser in the Planning Commission. Here he was deeply involved with a number of micro and macro-economic measures. He was also a part of the team responsible for shaping India’s response to the global economic crisis of 2009.

Dr. Chatterjee is a widely acclaimed management practitioner, theorist and teacher. He has written and lectured over many years on issues of motivation and team building. In 1990, he authored his first book – a path breaking work entitled Japanese Management – Maruti and the Indian Experience. Thereafter, he wrote his now famous Human Resource Management – A Contemporary Text which has gone into its fourth revised and enlarged edition in 2009.

Since 2009, Dr. Chatterjee has developed a strong interest and an abiding commitment to the twin causes of “Corporate Social Responsibility” and “Sustainable Development”. As Secretary to the Government of India in the Department of Public Enterprises, he prepared and wrote the first comprehensive guidelines on CSR for the public sector. In the process, he was able to make CSR a part of the yearly assessment of public sector enterprises. Shortly, after this pioneering effort, Dr. Chatterjee put together a dedicated task force and prepared the first comprehensive guidelines on “Sustainable Development” for this sector. He has since spoken and lectured widely on both these subjects at many national and international fora.

Today, as the Director General & CEO of the IICA, Dr. Chatterjee is helping to shape the contours of the subject of Corporate Affairs and preparing strategies for capacity development, knowledge dissemination and quality research in order to bring in a new vision and new horizons for the corporate sector.