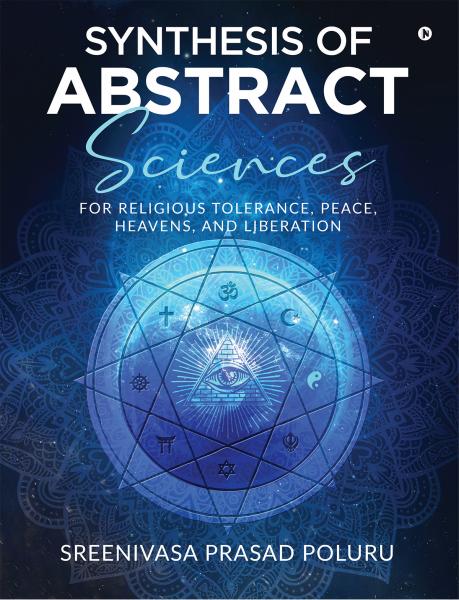 Inspired by the knowledge revealed in the books written by Yoga-Gurus of Yogada Satsanga Society of India, he has searched and found out correlations among the ancient-scriptures, yoga-texts, and modern-sciences developed since 1700 A.D after the inventions of microscope and telescope. He explains how the cause behind all the causes happens to be the  Creator of Universe, within and without.

His synthesis provides root-level-remedies for the present-day problems such as population explosion, depletion of non-renewable resources, extinction of species due to pollutions of all sorts, health problems due to anxieties and un-natural living styles, clashing of religious beliefs causing violent incidents, etc.

The author has laid a bridge of understanding between the ever- diverging modern sciences, and converging ancient scriptures.

· Scientific explanations for a few key-verses in RIK Veda.

· Correlations among physics, meta-physics, and physiology.

· Strategies behind the creation of solar system, at the third stage.

· Electrons play tremendous roles in the body and matter.

· Justification, by three-bodies-theory, of diversity in species.

· How man is the image of God, but with very limited powers.

· A Scientist can create a new thing using other materials.

· A Successful Yogi can dissolve his own body and re-appear.

· Journeys of the soul across happier worlds before liberation.

· Creative powers of the alphabet of Sanskrit, the Divine Language.

· Reconciliation of religious beliefs is sure to fetch peace.

Sreenivasa Prasad Poluru was born on 2nd August 1948 at Nellore town in the State of Andhra Pradesh, into a family of school teachers. He received a B.E. degree in Civil Engineering in 1969 from Sri Venkateshwara University, Tirupati, and M.Tech. degree in Hydraulics Engineering in 1971 from the Indian Institute of Technology, Madras. He joined the Government Service as an Assistant Hydrologist in the State Ground Water Department in 1972 and retired as the director of the department. His notable contributions are analysis and reporting of scientific data from the experimental basins, conjunctive use of groundwater and surface water in the command areas of major irrigation projects, artificial recharge of groundwater in urban areas and interactions with the water conservation mission.

After retirement from the Government Service, he has worked for about a year, as a senior faculty at Engineering Staff College of India and has undertaken training courses for field engineers.

He is a life member of Bharatiya Vidya Bhavan.

He has become a Member of the Yogada Satsanga Society of India. He is interested to study recent histories, ancient civilizations, religious texts, the latest developments in scientific research and yoga literature.