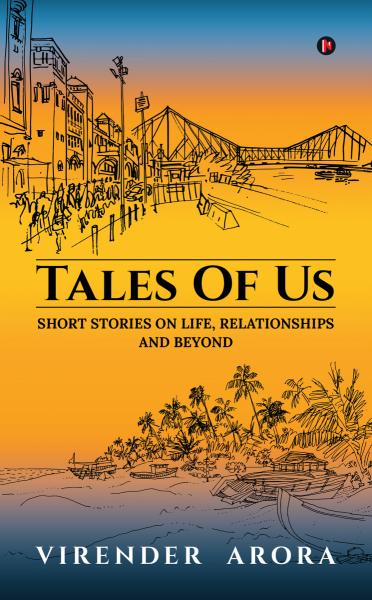 Tales of Us Short Stories on Life, Relationships and Beyond

‘You are a Keralite and we are Bengalis. We are on two ends of the Bay of Bengal. It shall be tough to marry the two cultures, separated as they are by 2,000 kms of ocean.’

‘What about your father?’

‘He went abroad and forgot us and we have forgotten him. I am not sure if he is even alive.’ ‘Do you want to meet your father?’

‘No, not at all. I do not want to meet a person who abandoned his family.’

She exploded in laughter, ‘Oh my God – what have you done to yourself. No hair no pagri! You look like a brown American.’

I opened my arms and she came into them in a hearty embrace.

‘By God, you still smell the same,’ I exclaimed.

Phillaur to Gurdaspur – A Homecoming 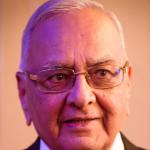 Virender Arora was born in Sargodha, Pakistan. When he was just seven years old, the Partition brought his family to Delhi, where they were forced to start life afresh as refugees in Karol Bagh. As a young boy, he worked hard and excelled in academics. He studied to be a coal miner and started his career in the early sixties in the coal mines of Bihar. Post the nationalization of coal mines, he joined the paper Industry in the small town of Yamuna Nagar in Haryana. Later, he moved to Kolkata to lead a large coal logistics company, soon becoming an authority in his field.

These stories are interpretations of his own life experiences, misadventures and achievements. Writing was something he discovered post retirement when he went on a binge, first writing his autobiography and later a number of stories on migration, family life and spirituality, among other themes.

He and his wife live in Kolkata. He enjoys playing golf and speaking at webinars and seminars on the subjects of coal, energy, and sustainability. He has three daughters who live in Panchgani, Brussels and Mumbai, respectively.

He continues to work as Chief Mentor of a leading business conglomerate, with which he has been associated for over fifty-five years.