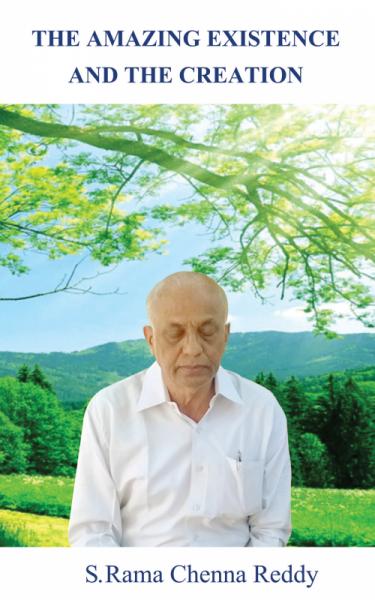 The Amazing Existence and the Creation

The main concept of this book is to transform the limited consciousness to an unlimited, unconditioned state by using a simple technique in meditation: to search the mind with the mind. By doing this, you can understand who you are: that you are pure consciousness pervading everywhere, that is, God. The idea of understanding that you are both the body and the mind is eliminated, thereby ending the cycle of suffering, incarnation after incarnation. The illusory nature of the world is eliminated, and one enters into reality. Understanding this reality is the purpose of life. These techniques are furnished in detail, step by step in this book.

Ramachenna Reddy’s initiation at the age of twenty-eight resulted in him receiving new life, that is, meditation, which is an inward journey (Antarmuka Prayanam). He engaged in meditation continuously for six to eight hours at a stretch for twenty-eight years. However, meditation did not pose an obstacle for his job. The simple technique that is used is as follows: find the mind with the mind; search the mind with the mind.

Because of his prolonged nature of meditation accompanied by great craving and devotion, thoughts and imagination and entering into “no-mind state” and into tranquility, he was able to be in touch with ground consciousness. From then onwards, his limited consciousness was illuminated and expanded; he entered into an unlimited, unconditioned state.This was where the duality ended and the oneness was attained, that is, the true nature, that is beyond both time and the mind. When a human being enters eternity, he or she experiences neither birth nor death, and there is an end to endless suffering. This is what narrated in the Vedas also. Nowadays, God, portraying a formless state, speaks to the author and gives him messages. This book contains twenty-two chapters, out of which one chapter deal with God’s messages.

The author wants to share the same divine knowledge that God has bestowed on him. He wants to make people happier by making them discover their true nature. For this purpose, he has placed a ten-page gist of this book on the website: www.devamaharshi.org.