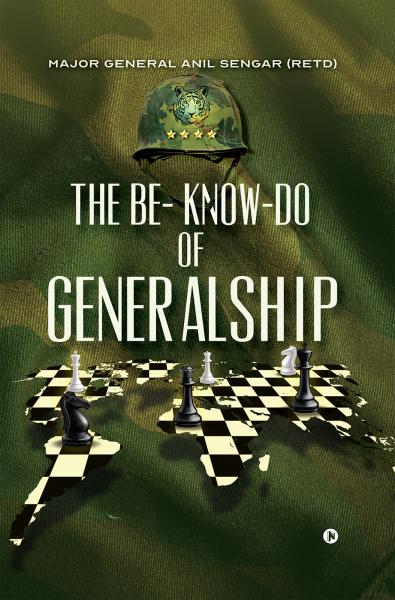 The Be- Know-Do of Generalship

The title of the book says it all. The Be-Know-Do of Generalship. Generalship is possibly one of the most difficult words to define. It is leadership with a difference that demands varied skills from the very basic to the most sophisticated. It is a position of responsibility like none other. It demands making decisions in the most complex environment pregnant with VUCA character. It carries with its position the heavy weight of values and expectations that have come to characterise military leadership since millennium. A General is the face of the system, is always naked and always under scrutiny by soldiers who expect him to be God like.

The book is laid out in two parts. Part I, comprising six chapters covers every aspect of Generalship in a ‘self-help’  easy to assimilate style to develop oneself to be an inspiring  General relevant for the future. Part II, comprising Chapter VII is an honest and a dispassionate appraisal of the Indian military leadership since independence. It makes a convincing  case to address the existing institutional shortcomings with respect to Generalship and their selection in the Indian Army with de-novo recommendations not heard before.

This book is a product of the author’s four decades of passion and dedication to the profession of soldiery and the art of military leadership. It is an excellent tutor to BE the General you should be, to KNOW what you should know and to DO what you should do to be future ready and leave a legacy worth remembering.

A unique book on the subject, it is a must read for officers of all service groups in any vocation, not only the uniformed services. This book is a ready recipe for those who aspire to lead with a difference. 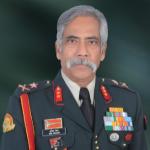 Maj General Anil Sengar has had an inspiring military career by all counts. He is a recipient of the Sword of Honour and the President’s Gold Medal from the Indian Military Academy, Dehradun in June 1979. He commanded 5 GUARDS with inspiring passion and commitment.

He has wide operational experience having served as an infantryman and as a mechanised forces officer during his long career, as also in foreign assignments. He commanded a battalion, a brigade and a division in different operational environments. He was awarded the Medal of Honour, Silver Degree by the government of Lebanon while serving as the Defence Attaché in Turkey accredited to Lebanon and Syria.

With his distinctive command philosophy, he left his legacy as a commander with a difference; bold, cheerful, passionate and inspiring. He rose above the ordinary by choosing to serve as a soldier of conscience that became the hallmark of his leadership. He earned a rare reputation as a military leader that is only possible for a man with unimpeachable credibility through selfless service and unwavering commitment to military values.

With a high credibility as a military leader, he has the right credentials to write a book on the important subject of Generalship for the complex future.

Other Books by the Author.

·        Leadership Foundation and Self – Development for Junior Leaders in Uniformed Services.

·        Militarily Crazy: The Lighter Side of Life in the Indian Army.