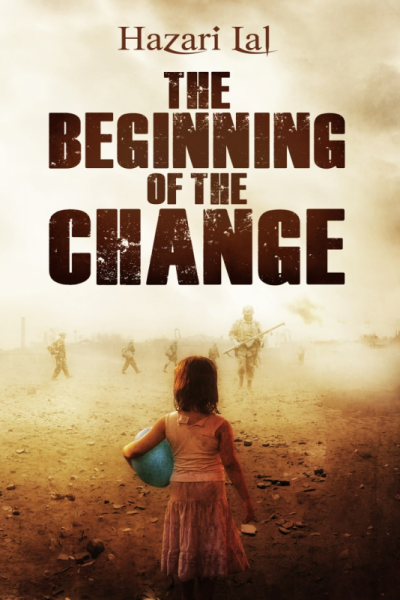 THE BEGINNING OF THE CHANGE A Journey for peace and unity

The two young village boys inspired and encouraged by patriotic revolutionary and political enthusiasm during freedom struggle moment for independence of India , left their homes and made tireless voluntary efforts to organize the country men through cultural activities with a clear objective to give impetus to the moment. They realized that even if independence is achieved the religious fanatism, rigidity, superstition and orthodoxies would remain the main enemy and it would always raise their vulgar head to ignite the religious sentiments in Hindu and Muslim. One of the boys is victimized during partition and his family is brutally butchered but the company of his  MSS association with good people  turns his wound into wisdom and teaches him to practice tolerance as one’s enemy  and adversity is the best teacher. Hence character building, moral, honesty; sav-Dharma, Rashtra Dharma and importance of truth were highly stressed through great scholar’s discourses on many moral issues.

Repeated endeavors have been made to minimize the various religious mythological effects on human by establishing and explaining the truth behind the soul and God and their relation. Truth is God and not God is truth. God is manmade and not the man is God made! In fact all the religion is ideally and essentially the one and same barring it’s illogical, baseless, unbelievable and unscientific numerous myths about God which are invariably glorified in religious books.

The great importance of universe and nature has been highly emphasized for its due respect as it’s the only source of life on earth. Past Social evils are high-lighted so that we can at least now realize the suffering of people had already gone through and learn to treat them the way we like to be treated our self. Renunciation is merely impractical and imaginary solution to heavenly pleasure. Only honesty, sincerity and niskam karma (selfless duty) are the real virtuous way to live a peacefully and happily life in this world. Heaven and hell is located only in this world! Choice is ours!

After independence cancerous but more high-profile social evils emerged. The conman and fag religious leaders mushroomed all-around to take advantage of the prevailing superstitions, orthodoxies and sentiments of the innocents and cheated them to amass huge assets on the name of religion whereas nexus of corrupt bureaucrats-politician and power brokers loot the exchequers and innocent and honest public for the their lure of lucre and wealth and amass misappropriate asset in few years of their tenure being in power.  The book illustrates and clarifies that like Hindu, Muslim is now a part and parcel of this great civilization and nation and there is no need for any distinction and discrimination which ultimately harms the nation.

The coming to gather is beginning, progress and success. Books suggest the way to nurture the dream of the honest and hardworking youth for high –profile position in Government and public sector units for a corruption free bureaucracy and democracy. The way of simple living is “If you are right, the whole world is right”.  “Jab Aap Khud Imandar ho jayege tab aap ko yakin ho jayega ki duniya mein ek saitan kam ho gaya (when you become honest, only then you would realize that one wicked person gets reduced among us in this world)”.

Indian talent, Education, and honest use of latest technology are the golden gateway to India’s tomorrow to bring actual prosperity and development in the social life.

Hazari lal is an Engineer. He did AMIE(E) in Mechanical Engineering. He started his career from private sector and later joined Public Sector Unit, Oil and Natural Gas Corporation (ONGC) in Mumbai. He worked in various capacities and retired from senior managerial position. He has interest and passion for reading, writing and contributed articles in news papers and magazines.