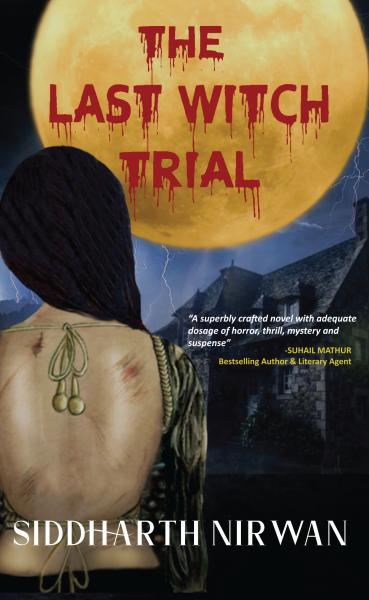 A beautiful angelic woman, Maya, is raped and executed publicly on accusation of being a witch, after subjecting to a fabricated witch trial in a small town. A series of ritualistic and brutal murders harrow the town every third decade since then. As per the witnesses of each era, Maya comes back every thirty years to avenge the savagery done on her.

Ajay Singh Thakur, a young postgraduate, returns to the town to visit his dying uncle and finds himself collared in midst of the haunting. A secret letter reveals the dark history behind the ‘1916 witch trial’, links the nefarious act to his ancestry and leaves him aghast.

He, with the aid of Professor Arya (a paranormal expert), Sawmya (a gorgeous journalist), Rajesh Singh (a gutsy police officer) and Kabir (his uncle’s loyal secretary) must fathom the chiller soon to salvage the town from perdition. Together, they must course through a cursed forest, explore a creepy house and unravel the secret of an ancient voodoo tribe, to survive the deadly haunting.

Based on the backdrop of innumerable witch trials that have resulted in the homicide of thousands of falsely accused women across the globe, The Last Witch Trial is a mystic thriller which disbands the frontier between science and supernatural, explicit and occult and ruthlessly exposes the social evil of witch hunting that is ridiculously still rampant in some parts of India and the world.

Siddharth Nirwan is an ENT and Head & Neck Surgeon who lives and practices in Jaipur. Apart from the world of medicine, he has keen interest in travelling, filmmaking, and of course, creative writing. He is the author of two Horror novels, DEAD PEOPLE’S TOWN and DEAD NEVER DIE, both of which are set in Rajasthan.