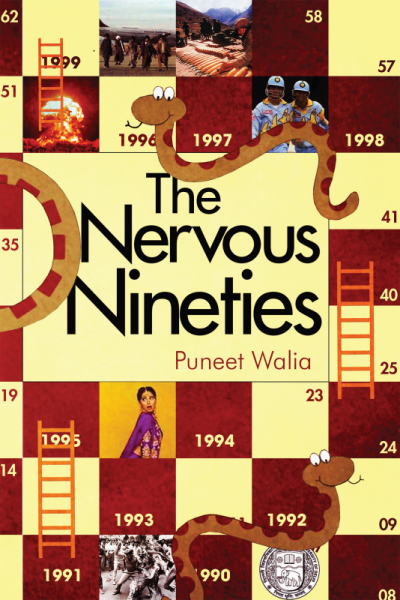 Armed with a bachelor’s degree in engineering, Pi, at the age 21, embarks on the roller coaster called ‘life’. Seeking love, happiness and a successful career, Pi experiences many firsts. His first kiss, his first pay cheque, a live-in girlfriend and his first million.

In a decade, during which the red fort saw six Prime Ministers, and the country saw rapid but haphazard economic growth, he also takes baby steps into the corporate world, learning the ropes all over the country.

Myriad happenings around him not just helped him form his world view, but in fact chiseled and sometimes even destroyed his career, happiness and love life. The Mandal commission, The Kashmir exodus, The Mumbai riots, the Gulf War, the south east Asian meltdown and an Indo-Pak war impact his life in unforeseen ways. He also adapts to the invasion of technology through Satellite TV, the internet and the mobile phones.

Steering his love life and career through ups and downs, faced with the burden of expectations of a dominant middle-class father, the journey he took during this decade was tumultuous, torturous yet exhilarating. The learnings which came from that road could not have come any other way.

The author of this book, Puneet Walia, is a post-graduate from Delhi and runs a business for the last 20 years. Puneet is a globetrotter who is equally at home in Dubai, London and Manhattan as in New Delhi. He is fond of watching live sports, be it Olympics or formula one races or test cricket. He is also a lifelong student of economics, philosophy and behavioural sciences.