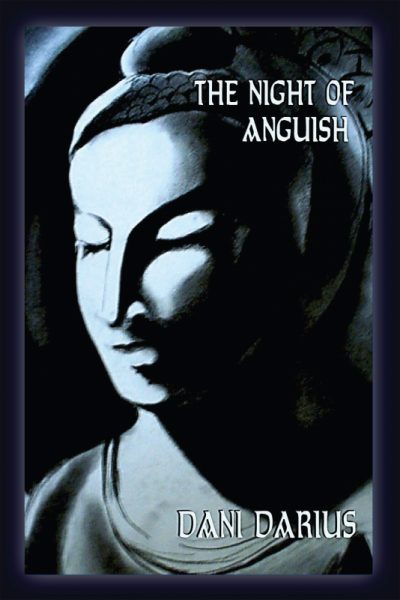 THE NIGHT OF ANGUISH Tales from the mist

The night, when Siddhartha will attain Nirvana. As he meditates under the Bodhi tree, insights and memories come rushing in. He had gone through periods of despair, mortification, and rage. There were other men who had been like a mirror to his consciousness. They have also travelled through the mire of Sansara. Men like the materialist–Ajita, the determinist–Goshala, and the agnostic–Sanjaya. This night, which may be so benign in its blessings to Siddhartha, shall also, like an assassin, hunt down and take away many a seer and a sage. Even as the Shramana–Siddhartha wills himself to find the truth, a Brahmin hymnodist, Arada, and his mentor, icon and friend, Rudraka will experience the unfolding of fate in a glacial cave, high up in the Himalayas.

This spiritual drift is accompanied by its dreary counterpart, in a world where strife assumes a bloody form. Where, if on one hand the republics or Janapadas’ struggle to come to grips with the recalcitrant, forest-dwelling tribes’ and is in the throes of war; then on the other, the women perhaps suffer the most. Like Yasodhara–the wife of the Shramana, living in a state of quasi-widowhood, like Amrapali–an ageing courtesan, caught in the grip of disease and memories, and Tara–a forest-dwelling songsmith, whose man, Eka, has contrived to kill the ‘minister-of-war,’ an act, which may undermine the daring plan hatched by the sovereign leader of the tribes’–the blind materialist seer, Ajita.

This night, as a mist arise and works like a loom and spreads its veil, an age shall come to a close, drawing out the curtain for a new sun to emerge.

Dani Darius spent his childhood in Calcutta and subsequently moved to Delhi. For a short while, he worked as a lecturer in economics. His interests range from heterodox Indian thought and Tibetan Art to Hats and Perfumes. He is the author of' ‘Shangri-La and Other Stories’—a volume of short stories and experimental narratives. He works as a soccer coach.