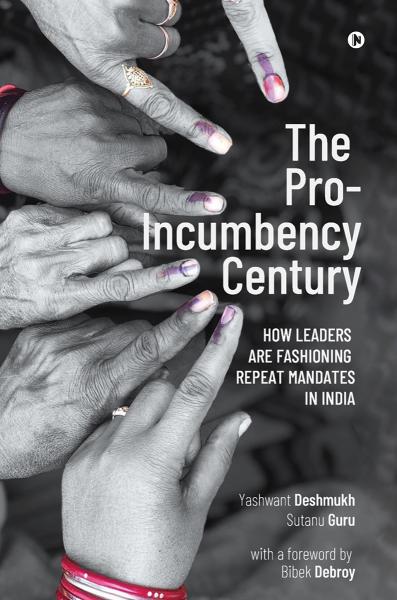 The dominant discourse in media debates before, during, and after elections in India revolves around “anti-incumbency”. Even seasoned commentators and analysts who have covered dozens of elections reflexively chant anti-incumbency like a mantra. Yet, electoral data for more than two decades suggests that the discourse should rather focus on the “pro-incumbency” phenomenon in Indian politics.

In the first round of 2022, barring Punjab, assembly elections in four other states UP, Uttarakhand, Manipur, and Goa created history by returning incumbents to power. In 2021, not only did Mamata Bannerjee win a third consecutive term, but Pinnari Vijayan defied history by winning a second consecutive term. Jayalalitha did the unimaginable in Tamilnadu. While it all started with Sheila Dixit in 1998 who won three consecutive terms in Delhi, the winning formula was fine-tuned further by Narendra Modi, Nitish Kumar, Naveen Patnaik, Dr. Raman Singh, Shivraj Singh Chauhan, Tarun Gogoi, Pawan Kumar Chamling and many more Pro-incumbency champions.

The book identifies and analyses factors responsible for making this a pro-incumbency century for India: the relentless rise of personality cults; ever-growing Presidential nature of electoral contests; the success of targeted welfare schemes and the structural weakness of opposition apart from the maturing split voting phenomenon.

The book plugs a gaping hole in serious electoral analysis in contemporary India.

Yashwant Deshmukh is the founder of CVoter International, which over the last three decades has established itself among the most respected and trusted Global Institutions for high-quality surveys covering unique three-dimensional research aspects of Development, Democratization, and Disaster mitigation. It has partnered with Ivy League Universities, Inter-Governmental Organisations, and Global NGOs apart from almost all the know Indian and International Media organisations. Through CVoter Foundation, Yashwant is expanding the scope of surveys to include independent and high-quality primary research on contemporary socio-economic issues with academic partners.

Sutanu Guru is the Executive Director of CVoter Foundation. A journalist with hundreds of bylines spread over more than three decades in leading media outlets like the Times of India, Economic Times, Business Today, and Business World, he has specialized in analyzing political & economic issues.  He has been involved in the launch of many media initiatives as well. Sutanu currently leads the research effort at CVoter Foundation which has initiated work on a range of issues ranging from health, climate change, Covid, and Family values to household budgets and inflation. He also leads the editorial team of IndiaTracker, a portal dedicated to high-quality data-driven journalism.