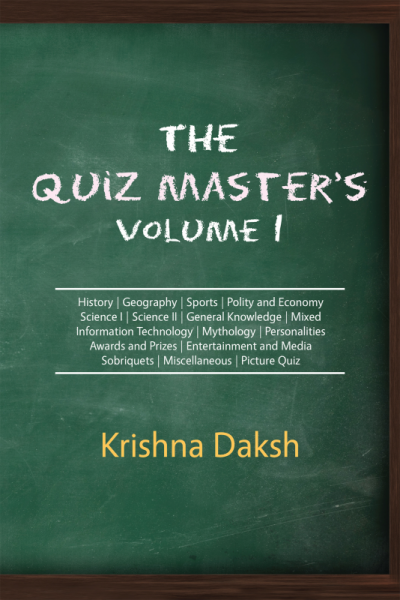 1.There has been only one law unchanged in the cricket rules even after frequent amendments. What is it?

2.Name the four animals on the Indian national emblem.

3.In the list of buildings in India with the maximum floor space, which building ranks first?

5.Which is the only part of the human body to accept oxygen directly from the atmosphere?

6.It was here that Mahabharata was recited for the first time ever to man by Vaishampayana, a pupil of Veda Vyasa. Which place?

7.He is considered as National Teacher of India and the spiritual successor of Mahatma Gandhi. Name him.

8.What is the name given to the inside light in car that comes when the door is opened?

9.Which was the only Indian newspaper which did not carry the news of Mahatma Gandhi's assassination on its front page, as it had advertisements pre-booked?

Krishna Daksh Vishwakarma is a student having curious lure in stuffs of general knowledge, quizzing and questioning. He has been studying and working on a string of events, discoveries, personalities and happenings, drawing the most thought-provoking particulars from his small explores at plenty themes.

He writes and shares his fascinating finds through his blogs, books and at social platforms. He, being a whole-hearted quizzer and aficionado himself, is deductive of what a quiz buff desires, and what a peculiar knowledge enthusiast looks for.