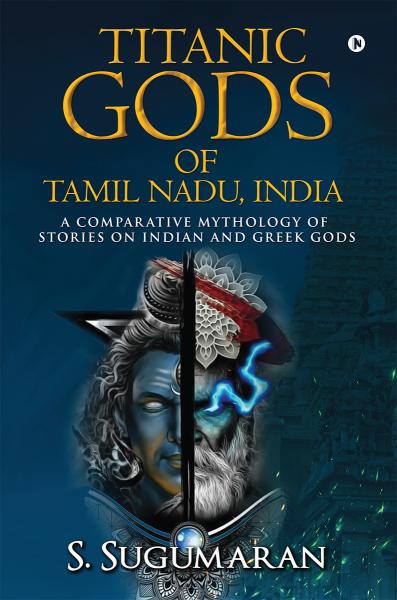 TITANIC GODS OF TAMIL NADU, INDIA A COMPARATIVE MYTHOLOGY OF STORIES ON INDIAN AND GREEK GODS

The Greeks introduced the Titans to the world. Yet, there never was (or is) a temple for the Titanic Gods in Greece. Surprising isn’t it? At the same time, the readers will find more than one temple for most of the Titans in Tamil Nadu. The author takes the readers into a journey of the world of Titans in a strange land. Is not this perplexing? A shocking revelation is the Greek Olympians forming a core of divinity in Tamil Nadu. No explanation is provided for this by the author, though.

The genealogy of Gods in Tamil Nadu (evidently drawn from the Greek Texts) provides a solid relationship between the seemingly unrelated Gods In India. Sometimes, a female Greek Goddess is transformed into a male Hindu God. A genealogy of Asuras is also provided to scientifically explain some of the events in the Puranas. This lead the author, a known Euhemerist, to deviate a little from the original texts of Puranas wherever it was necessary. The author, a devout Hindu, firmly believes the Epics and Puranas of Hinduism are very real.

A special care has been taken to explain the nature of the birth and worship of Ganesha and Murugan in Tamil Nadu. It is thought the readers are in for a shock or two while reading the stories. And also, a real suspense hangs in the balance regarding the stories of ancient Tamil Sangams, the Sptarishis, the Chera, Chola, Pandiya dynasties of Tamil Nadu.

For the author, it was a wonderful experience and a great pleasure to write about the Gods and their age old temples in Tamil Nadu.

The author of this book, Sugumaran, son of Somasundaram  was born in Ussoor, near Vellore. He is now based  in Tambaram, Chennai. His family includes his wife Geetha and their two married children. He is a retired pensioner of the Govt. of India having retired in the year 2012, after a public service of more than 33 years.

He was formerly the Officer-in-charge of the Meteorological Department, in Madurai Airport. Previously he worked with Aviation Meteorology in Chennai, Bangalore, and ISRO, Sri Hari Kota (Doppler weather Radar) weather services.

The author is a differently abled person born with hard of hearing. In the initial stages he struggled hard to understand conversations and to pronounce words properly. Later, the writer got used to wearing Hearing-aids and managed every thing thereafter. Above all, this writer is ably supported by his family members which includes a wife, son, daughter, daughter-in-law, son-in-law and a grandson.