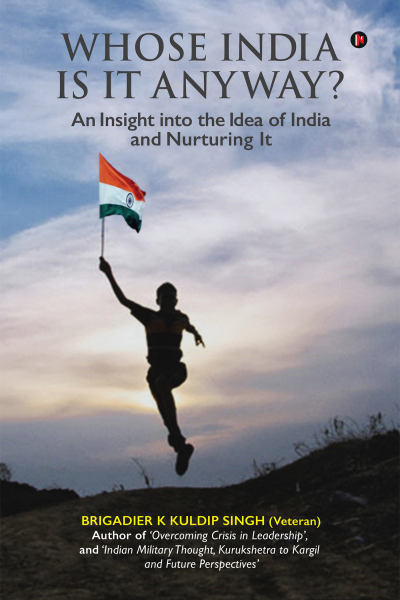 Whose India Is It Anyway? An Insight into the Idea of India and Nurturing It

This book is an exploration of the abiding idea of India, through the blend of a true-to-life story of a principled son of the soil, and the author’s own experience and research on the subject.

The first part of the book takes the reader through the life and times of one Hira, who, despite a battle-hardened stint in World War II, followed by facing the horrors of the partition, and grave personal loss, continued to live a resiliently progressive life, symbolising the vicissitudes of India’s irrepressible life story. The second part investigates the idea of India rooted in its scriptures and literature, crystallizing into recommendations on how to build an invulnerable and abundant India, fit to play her destined global role; before eventually touching on pertinent angles of the theme to help the reader arrive at a plausible answer to the title query.

A must-read book both for foreign and indigenous booklovers: For the foreigners wanting to know India and for Indians to better understand themselves. 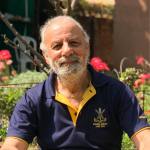 Following an exciting innings of soldering, where he held command, operational, instructional and administrative staff assignments of import, the veteran innings started with the launch of his maiden publication ‘Overcoming Crisis in Leadership’, in 1998, by the then Defence Minister of India. The Central Government selected his book for issue on its behalf, to all universities and central libraries.

As head of General Zorawar Singh Chair of Excellence, Jammu University, the author’s research work on ‘Relevance  of Undivided J&K to Peace and Security in the Region’ was well-received. His next mega venture, ‘Indian Military Thought, Kurukshetra to Kargil, and Future Perspectives’, was launched in 2011 by the then Chief of Army Staff. The theme of the current study reinforces the author’s elan for a strong, secure, and exemplar Bharat.

Based at Pathankot, the Brigadier had fine-tuned his literary passion with multiple social service activities, besides running a school in the border area.