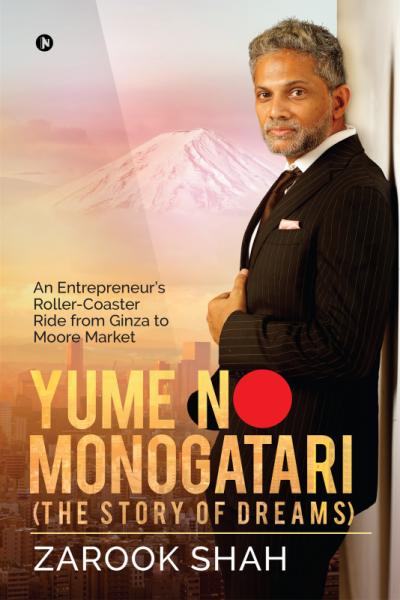 YUME NO MONOGATARI means ‘story of dreams’ in Japanese. This book is the inspiring story of an entrepreneur’s dream; his journey from Ginza in Japan to Moore Market in Chennai…

Zarook Shah believes that the most important aspect in life is to have a dream and passion. Dreams manifest into reality if we work towards it. In this book, the author chronicles his journey where many of his dreams have turned into reality. 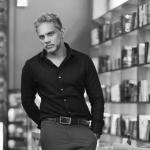 Zarook Shah is the Director of Grand Square mall in Chennai. Graduating from University of Madras as a Bachelor of Engineering, Zarook left for Tokyo to take over the Japanese operations of the family’s global gemstone business where he became familiar with the ways of international business.

Having a vein for creativity and experience in diamonds, Zarook started as a jeweller. His designs were soon recognised and appreciated by connoisseurs of the fashion world. His company “Preciosus Gems Japan” has received significant fame for designing the exclusive line of diamond jewellery for Disney Stores in Japan, which was sold in 100 plus of their stores across Japan.

Zarook has been a part of the creative team of a leading luxury brand, Scintilla Monaco, which was based in Monte Carlo. He also has gained significant eminence in launching Biblioteca Preciosa (meaning ‘precious library’) in 2003 in Tokyo where he came up with a new concept of a jewellery store where one could not only buy jewellery but also imbibe the culture and history of world jewellery by going through the extensive collection of books which filled the library.

He also heads Grand Square, one of the most celebrated malls of South Chennai. He was instrumental in turning an almost empty mall into one of the most successful neighborhood malls in the city. The philosophy of the mall is to impart knowledge to children through fun and edutainment.

Nestled in a lush and thriving coffee plantation is Zarook’s Old Kent Resort in Coorg. An old English colonial bungalow, where he spent his childhood days with his cousins, that is now a perfect resort for a memorable holiday. The story of this transformation is an inspiration for many families who have dilapidated family houses.

Fitness enthusiast, dapper, style blogger, avid traveller, compassionate, caring, sensitive are adjectives which define Zarook Shah. He is a successful businessman who is not afraid to share his ‘down-time’ with others. He loves meeting people of various nationalities and has a keen ear for music. He loves reading and loves imbibing the cultures of various places. He is a man of rich emotional quotient and an advocate of mental health awareness. He is a leader in the true essence and a source of inspiration for budding entrepreneurs.