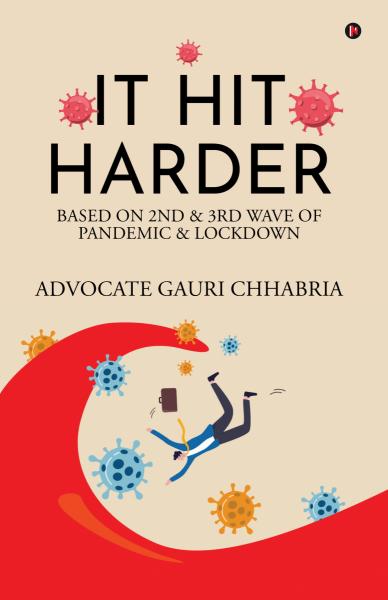 The 2nd and 3rd waves of the pandemic had globally hit the people harder than the 1st wave and has left behind deaths, fears, orphans, widows, bankruptcies, pains, helplessness and tears for people.

Adv. Gauri Chhabria, in her conversations with 22 renowned people, has written in this book about their entire journey in the last 2 years. She has showcased how they have proved themselves as one of the best soldiers to fight the war.

When it rains, look for rainbows.

When it’s dark, look for stars.

Adv. Chhabria has been practising as an advocate at the Bombay High Court since January 1989. She has been appointed as a member by the Maharashtra State Commission for Women Mahila Ayog) on 25th January 2022 for three years. She has also been elected as the president of the Women's Graduate Union for the years 2021–23. Adv. Chhabria was appointed on 9th January as the international president of Vishwa Sindhi Seva Sangam women's wing 2022. She is the honorary general secretary of the bar association of NCLT, Mumbai. She was appointed as the secretary of the Maharashtra Pradesh Congress Committee in 2021. She has worked in Priya Dutt’s team for the parliamentary election campaign; released the ‘Women and Law’ newsletter on International Women’s Day.

She has served 11 years as a part-time honorary professor at Government Law College, Mumbai, and two years at Hinduja College, Mumbai. She has attended Rahul Gandhi’s Matter at Bhiwandi along with the area chairperson and the ex-CM Ashok Chavan’s legal advisor team; attended War Room (at Tilak Bhavan) for BMC elections; attended the assembly and Lok Sabha elections as the chief coordinator.

Adv. Chhabria was into social service activities at the Lion’s Club International and is still associated with WGU and VSSS. She has been in almost all the posts at club, centre and district levels.