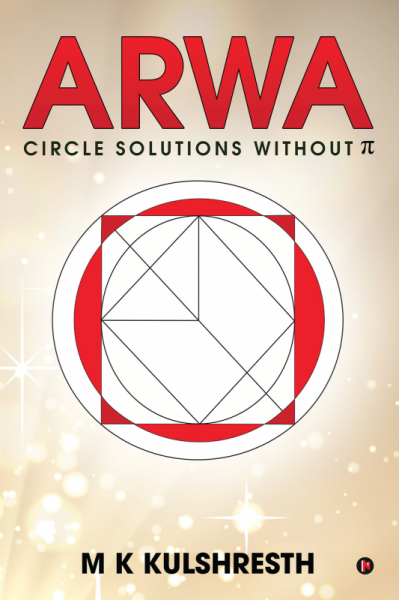 Right from his formative years, Muni Kumar Kulshresth was distinctly fascinated by the hypothetical-sounding existence of the Greek letter π representing the constant ratio of circumference to diameter of a circle. This query, so appealing to his curious mind from the start, was not taken care of adequately by his school and college teachers, gradually preoccupying his mind with an urge to arrive at a clear and true-to-the-core conception logically confirming the accuracy of circle measurements.

But once he became sure of the skepticism that overshadows and even to an extent swerves the π concept into an unnecessary approximation, he seriously resolved to enquire into the naturally existing ratios in the field of circle dimensions. He totally set aside the ‘queer’ methods and approaches hitherto put to use, and instead of conjecturing and coining these ratios, he rather attempted to arrive at a basic ‘natural fraction’, keeping logic intact at each step of mathematical approach and analysis.

In particular, he took up detailed study in circle and square of equal area, mathematically confirming the various entities in circle dimensions through thorough cross-checking on varied geometrical designs. These efforts culminated in ‘ARWA’ (meaning neo or modern in Hindi)—a mathematical constant, besides many other constant ratios given different Indian names.

ARWA highlights an approach that can make worthy changes in the present outlook on circle entities and their measurements. Muni Kumar has methods through which all problems on circles can be solved without using the popular but approximate π and with accuracy beyond approximation. The manuscript of his work has been sent to the Department of Science and Technology, Government of India under the scheme of National Award for Science and Technology Communication.

Naturally gifted with a poetic insight and a perennially inquisitive mind gripped in mathematics, Muni Kumar Kulshresth has remained for life searching solutions of unrevealed riddles and mysteries prevalent in the arena of mathematics. This quest for knowledge led him to writing this book, where he claims to have found the exact value of π. The author has one more achievement: he has with him two endless calendars—literally endless both in the past and in the future which successfully confirm the available data of historical dates, covering both the solar and lunar (Chandra tithi) calendar systems.