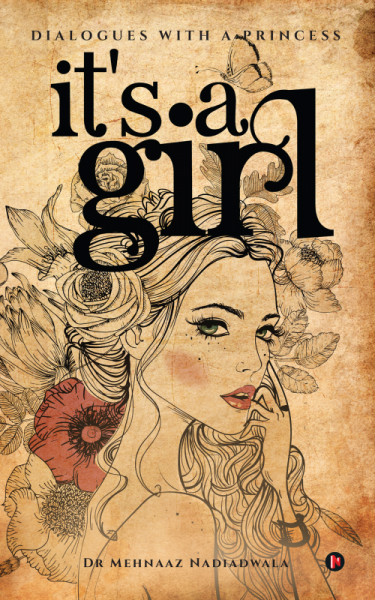 It's a Girl Dialogues with a Princess

Alpha women are not born; they are made! For them, age is just a number.

The society, their personal experiences and the will to never die, makes them alpha women.

They are confident, majestic leaders and believe in no game playing.

They believe in an equal or superior position to men.

They tap their weaknesses to convert it to their strengths.

She makes a posthumous mark on society and the world. In other words, alpha women make an imprint on life.

It’s not a difficult task to be one of them. One just has to make up their minds, and the journey starts!

Be the prototype for the woman in the future. Be an alpha woman!

Born and raised in one of the top families of Bollywood, Mehnaaz was raised with discipline and family values embedded in her.

She received the Mother Teresa Award on 21 January 2016 from the governor of Sikkim, Chaudhary Randhir Singh, for her contribution in social services and education toward the less fortunate. She also received an excellence award as rising film presenter and a doctorate in strategic management with a specialization in cultural and global issues from her highness of Mysore, Pramoda Devi. Out of all the top awards she received between 2013 and 2014, was one of the governor's special awards for her overall performance. In addition to this, was the Bharath Excellence Award for her outstanding services, achievements and contributions, at the seminar of Economic Growth and National Unity at New Delhi. She has also been a rotary president of district 3190, heading fundraisers for various causes like heart surgery, children with HIV and women with breast cancer.

She is currently the Vice President of IWFCI India and is the incoming assistant governor of District 3190.

Her passions include golf, painting and horse riding.

She is the daughter of Mr A G Nadiadwala, the head of the Nadiadwala family and the oldest son of Abdul Kareem Nadiadwala, who together with his father started the Nadiadwala film productions. She has five siblings and is the mother of two lovely kids.